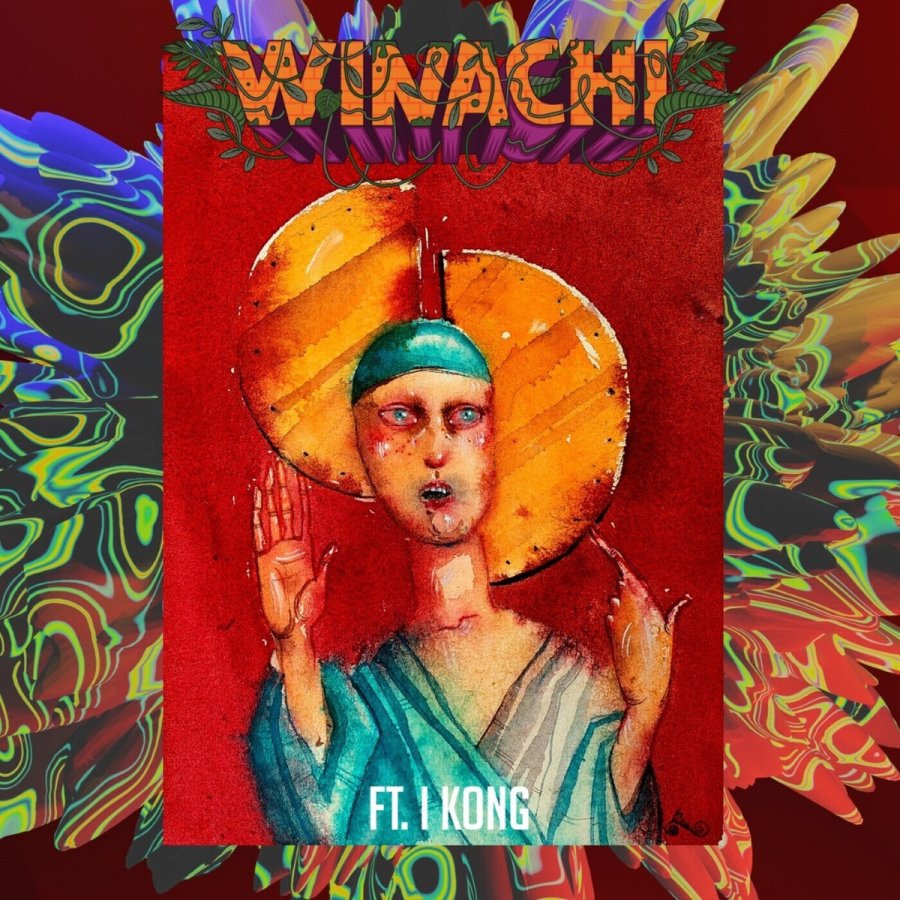 British electro-funk collective WINACHI (formerly The Winachi Tribe) make some of the most deliciously catchy and dangerously sexy music of any band around today. Formed in 2015, and based in Warrington, which is situated roughly halfway between Liverpool and Manchester, the group has undergone a few line-up changes over the years, and now consists of founding members Liam Croker (lyrics and vocals) and Antony Egerton (keyboards, programming), Inder Goldfinger (percussion), Andy McKay (lead guitar),  Richard Ritchie (bass) and Paul Lawrence (drums). Inspired by such legendary acts as Parliament-Funkadelic, Sly & The Family Stone, Primal Scream, Grandmaster Flash & The Furious Five, Massive Attack, The Stone Roses, Talking Heads, D’angelo, Prince and Daft Punk, their infectious blend of funk-infused electro dance/pop serves up more grooves than a jukebox full of vintage 45s.

They’ve collaborated over the years with musicians and producers in both the UK and Southern California, and released several critically acclaimed singles and remixes, a number of which I’ve reviewed (you can read some of them by clicking on the links under ‘Related’ at the end of this post). And while their songs touch on oft-covered topics like heartbreak, pain, mental health and even politics, their overriding message is always one of joy, positivity and love. WINACHI have built a growing fan base through their exciting live shows and touring with The Charlatans, Happy Mondays, The Sugarhill Gang & The Furious Five. They’ve also garnered airplay and press both at home and abroad on radio stations like BBC 6 Music and L.A. public ratio station KCRW, and publications such as The L.A Times, L.A Record, Manchester Evening News and Billboard China.

In anticipation of the upcoming release of their long awaited debut album, WINACHI have dropped “PARASITICAL ELIMINATION E.P.“, featuring four collaborative remixes of three of their previous songs by international artists and producers Howie B, Paolo Baldini, Jim Spencer, and Impey. Actually, some of the tracks should more accurately be considered as re-imaginings, rather than remixes, as they take on an entirely new vibe under the guidance of these producers.

First up is “PARASITES PARADISE ft. I Kong (Paolo Baldini Dubfiles Remix)“, the first of two re-imaginings of their 2019 single “Parasites Paradise featuring I Kong”. The original song, featuring guest vocals by legendary Jamaican reggae singer I Kong, is a bouncy electro-soul number about being true to yourself and living a life free from users and ‘parasites’ who want to suck the life out of you or try to dictate how you should live. For this remix, Italian dub producer Paolo Baldini gives the song a makeover by slowing things down a bit and adding a strong dubstep beat that actually enhances the reggae vibe. He then layers swirling industrial synths and funky guitar notes for a nice finish.

The second remix of the song, “PARASITES PARADISE REVISITED ft. I Kong (Impey Remix)” is a re-imagining by young London dub electronica/neo-soul producer Impey. Impey really slows down the original song’s tempo to a languid, almost sensual groove, which also lengthens the track by more than two minutes. He essentially deconstructs the original song and refashions it into something completely different and new, and unlike anything WINACHI has ever done before. I Kong’s vocals are still recognizable as his, but WINACHI lead singer Liam Croker’s electronically-altered vocals sound totally different. The song is darkly beautiful, trippy and mesmerizing.

“A ROOM WITH A ZOO (Howie B Remix – Optimum Master)” was actually recorded and released in 2017, and is a remix of WINACHI’s very popular 2016 single “A Room With a Zoo”. I could be wrong, but my take on the song’s meaning is that it addresses the challenges of surviving as an artist in the crazy music business, and making music that’s honest and true. Liam croons “Give my soul back, give my soul back to me. I’ve been giving it up for too long, too long. Selling my heart and my soul.” Howie B is a renowned Scottish musician, producer and DJ who’s worked with a long list of artists, including Björk, U2, Tricky and Siouxsie and the Banshees, among others. On this optimum master of his remix, Howie B refashions the song into a pulsating trip hop extravaganza, with a strong, driving beat overlain with wobbly psychedelic synths and lots of sharp percussive textures and sounds, lending a dramatic new feel to the song.

The final track “SENSE OF DANGER (Spencers Revenge – Jim Spencer Edit)” is a re-imagining of WINACHI’s 2016 single “Sense of Danger”. As the title implies, the song is a dark, almost menacing track about obsessive love, and the original version has a trippy vibe, with a sort of dubstep beat, and highlighted by sinewy electronic synths, spooky organ and Liam’s rather menacing breathy vocals, backed with eerie choruses. The remix by Jim Spencer, a British producer and sound engineer who’s worked with such acts as New Order, Johnny Marr and The Charlatans, gives the song a more cinematic feel by greatly enhancing the dubstep beat, instrumentals and vocals. The dark synths and spooky organ now sound sharper and more well-defined, and the twangy guitar notes and piano are more pronounced as well, injecting added texture and drama into the track.

“PARASITICAL ELIMINATION E.P.” is a marvelous little bundle of energy that makes for a very fun listen. It’s always fascinating to hear how producers reimagine others’ songs, and I love what these have done with some of WINACHI’s best songs. The EP will only be available through Bandcamp.