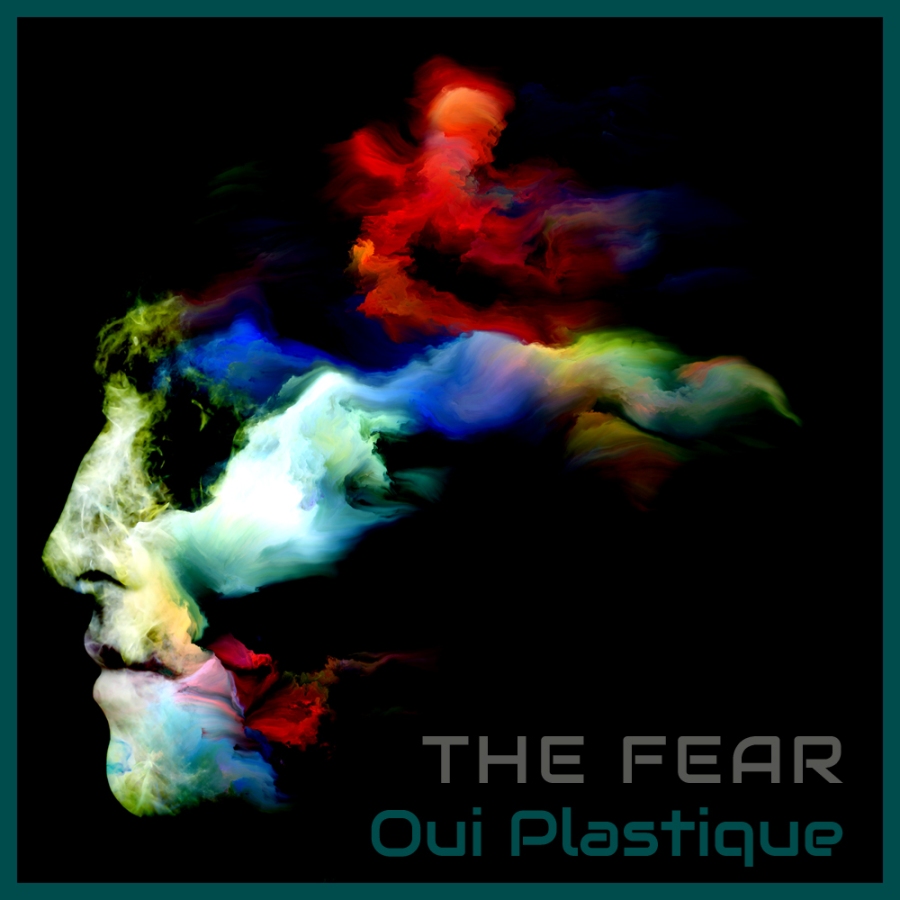 Oui Plastique is a Danish electronica act consisting of Martin Nyrup and James Thomas. From what I can tell based on information provided in their social media accounts, the duo are seasoned musicians, songwriters, composers and producers who first collaborated with each other in 2017 on the Perpacity/DVL album Convergence (Perpacity is an electronic act comprised of Nyrup and British musician Ian Harling, and DVL is a British electronica artist). A short time later, Nyrup and Thomas joined forces to create Oui Plastique, and this past March, they released their debut single “Failure” a dark and brooding track that’s garnered airplay on radio stations across the globe, including the UK, Spain and Australia.

Now the guys are back with “The Fear“, the second single from their forthcoming debut album Fraternity of Strangers, due for release later this year. The single (and album) are being released through ScentAir Records. The lyrics were written by Thomas and the music composed by Nyrup, who also mixed, mastered and produced the track.

About the song, Thomas commented: “Writing ‘The Fear’ was one of the most fun songwriting experiences I’ve had, but also one of the most challenging. With Martin having outdone himself once again with regard to writing the music, I knew I’d have to step up my game and really do this track justice by writing some vocals that really work well. I’m really happy with how it turned out.” Nyrup adds: “I think ‘The Fear’ is one of our strongest tracks so far. It shows our evolution and development in terms of structure and production, and strengthens our identity as a group. It really represents us well, and I’m excited to see how it is received.”

Well, I think they’ve succeeded in their mission, as “The Fear” is absolutely brilliant. The song opens with sounds of someone turning the dial on a radio in search of a station, which are soon replaced with swelling synths and Thomas’ droning vocals. Forty-five seconds in, the music bursts forth into a stunning cinematic soundscape that would make Ennio Morricone envious. The darkly dramatic swirling synths are incredible, and complemented by gorgeous, deeply resonant piano chords and intense jangly guitars. Thomas’ fervent vocals turn even more passionate in the choruses, bringing chills. The song is a breathtaking darkwave masterpiece.

The lyrics are somewhat ambiguous, but my take is that they’re about a relationship that has deteriorated beyond the point of repair, with both parties feeling emotionally disconnected and dead inside. In the bridge, a woman recites the lines “It was nothing like I expected. It was beautiful. I wouldn’t change a thing“, accompanied by sounds of a hospital heart monitor stopping, as it to signify her or the relationship’s death.

Verse I:
Inside it seems
As unnerving as you
It burns my eyes
Like I’m staring into the sun
Verse II:
I’m beside myself
Cos I die every day
A blacked-out shell
Unemotional and distant now
Chorus:
Mesmerising absolute
The fear that comes from you
Wide awake beyond your dream and it’s
Too late to follow me

The beautiful artwork for the single was created by Janne Ervø.