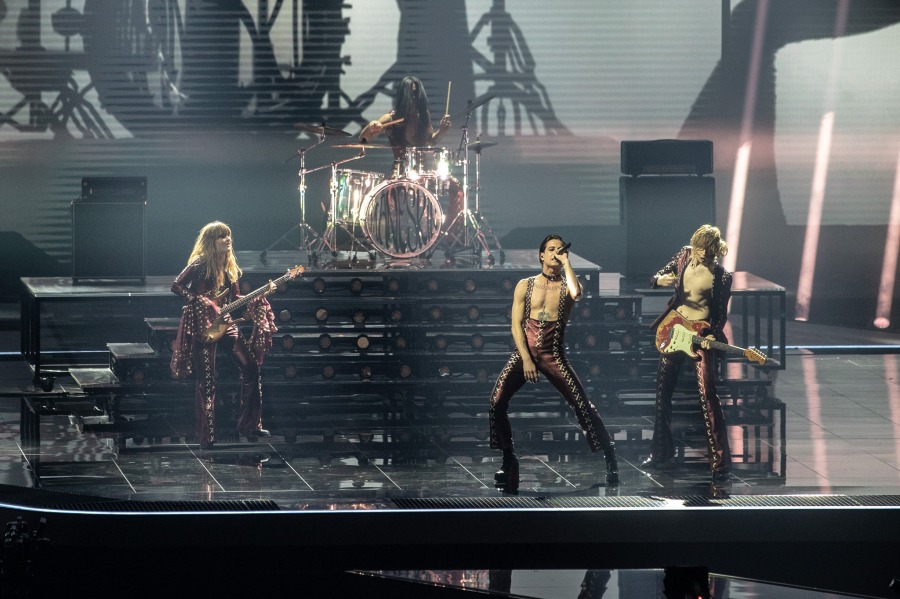 I’ve never much followed Eurovision (officially titled the Eurovision Song Contest), but I really like this year’s winning song “Zitti E Buoni” by Italian heavy-metal band Måneskin. A young band, Rome-based Måneskin formed in 2016 when its four members – Damiano David (lead vocals), Victoria De Angelis (bass), Thomas Raggi (guitar) and Ethan Torchio (drums) – were all still in high school. An unusual name for an Italian band, Måneskin – which is Danish for ‘moonlight’ – was suggested by band member De Angelis, who is half Danish. They released their debut single “Chosen” in 2017, and soon afterward rose to fame when they came in second in Season 11 of Italy’s version of “X Factor.” After their song “Zitti e Buoni” was chosen at the Sanremo Music Festival song contest in March, it became Italy’s official entry into the Eurovision Song Contest 2021, held in Rotterdam, Netherlands. This is the third win for Italy, which has been in the competition continuously since its 1956 inaugural.

A bit of background for those who may be unfamiliar, Eurovision is the international song competition put on by the European Broadcasting Union. Held annually since 1956 (except for 2020 due to the Covid pandemic), Eurovision is immensely popular, ranking among the world’s most watched non-sporting events every year, with hundreds of millions of viewers tuning in from across the globe. Generally, artists who perform are primarily from European countries, though they’ve also come from Australia, Azerbaijan, Georgia, Israel and Turkey. Performing at the contest has often boosted the careers of artists in their own countries, and in some cases internationally. Some of the most popular artists in the world have competed in past contests, including ABBA, Julio Iglesias, Olivia Newton-John, Celine Dion and Flo Rida (who was featured on the song “Adrenalina” by Italian singer Senhit, who represented San Marino at this year’s contest).

“Zitti E Buoni”, which means “shut up and behave”, is a hard-driving, melodic and undeniably sexy tune. I cannot understand a word they’re singing, but who cares? It’s catchy as hell, with scorching riffs and pulse-pounding rhythms that aim straight for the hips. David’s raw, rapid-fire vocals are electrifying, with a sensual ferocity that beautifully captures his animalistic persona. The terrific video for the song showcases the band’s strong charisma and youthful energy. Thanks to its Eurovision win, the song is already at #9 on the Spotify Global Chart, and has become the most-streamed Italian song ever.

Here’s their performance of the song at the Eurovision second rehearsal: