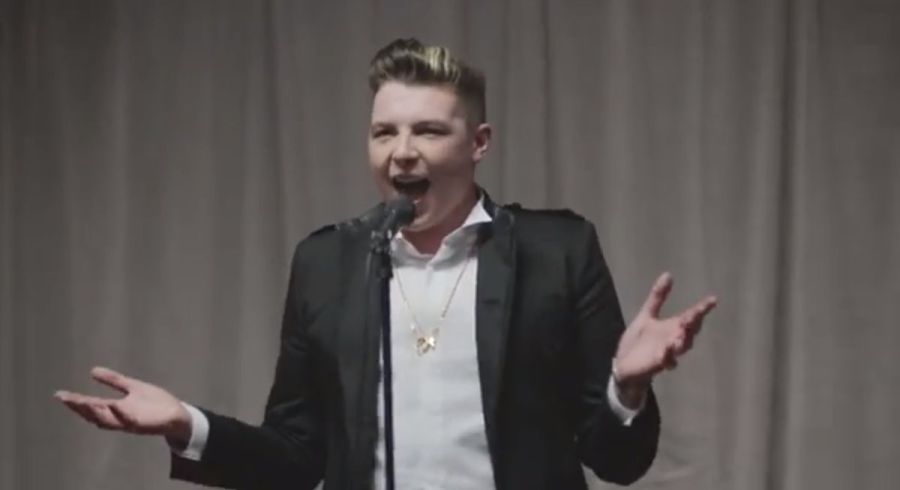 The song at #5 on my list of 100 Best Songs of the 2010s is the magnificent “Love Me Again” by British singer-songwriter and musician John Newman. I was literally stunned the first time I heard this electrifying song, and to this day it still has the power to blow me away. The song was first released in May 2013 as a digital download in Europe, but not until June 30 in the UK and the U.S. Written by Newman and Steve Booker, “Love Me Again” was the lead single from Newman’s debut album Tribute. It was a big hit in the UK and across Europe, reaching the top five in many countries and #1 in Britain, Scotland and Greece. But it had only moderate success in the U.S., where it peaked at #13 on the Billboard Adult Top 40 and only #30 on the Hot 100. The song strongly resonated with me, and spent 4 weeks at #1 on my Weekly Top 30 chart.

Newman has an arresting powerhouse voice, characterized by a raspy, soulful quality that gives him a distinct sound unlike any other singer I know of. With a raw, unbridled passion rarely heard in other vocalists, he laments over the hurt he’s caused his lover “Know I’ve done wrong / I left your heart torn / Is that what devils do? / Took you so low where only fools go / I shook the angel in you“, then fervently pleads for forgiveness as if his very survival depends upon it: “I need to know now, know now, can you love me again?”

The song’s dramatic arrangement and instrumentation are spectacular, with a bold, almost angry piano riff, wailing organ, swirling strings, horns, and some of the fiercest drumbeats I’ve ever heard. After the adrenaline rush induced by the intense instrumentals and vocals, by song’s end I’m completely wiped out. Wow!

The official video produced for the song was directed by Vaughan Arnell, and is based on the classic love story of Romeo and Juliet. Newman is shown performing the song on stage in a club, while a woman, played by French actress Margaux Billard as the Juliet character and carefully watched over by her brother Tibalt, played by Joseph Steyne, flirts with the Romeo figure played by British model Tommy-Lee Winkworth. The video ends in a cliffhanger as they’re hit by a truck while running from the club, their fate unknown until Newman’s follow-up single “Cheating” reveals that they had indeed survived the hit-and-run accident. The violent and abrupt ending nearly ruins the video for me, unfortunately, as I hate violence. I suggest watching/listening to the audio video first – with the volume turned up – to fully appreciate the power and glory of this incredible song. Then watch the official video.