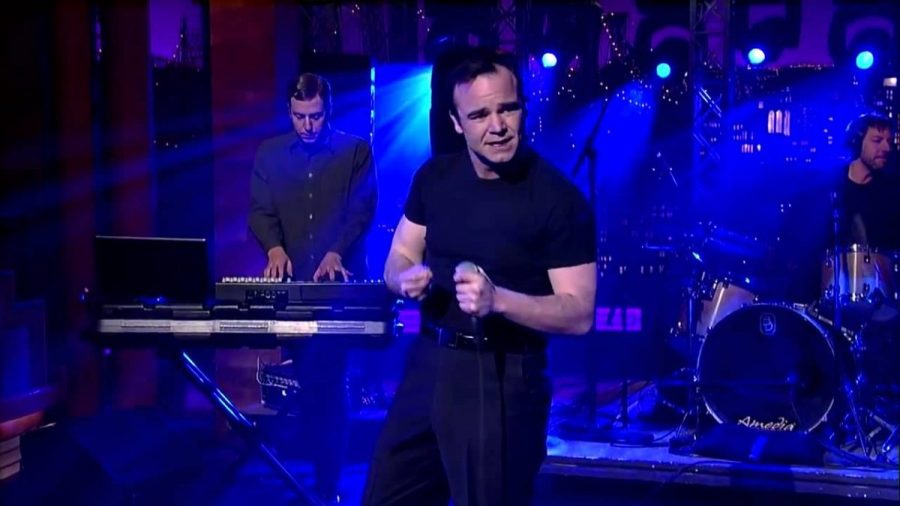 The song at #47 on my list of 100 Best Songs of the 2010s is the superb “Seasons (Waiting on You)” by American pop-rock band Future Islands. Despite releasing three studio albums and touring almost non-stop for years, they’d remained relatively unknown since forming in North Carolina in 2006. That all changed in 2014 with the release of their fourth album Singles, particularly the breakthrough single “Seasons (Waiting on You)”, and their riveting performance on The Late Show with David Letterman in March 2014, which became the show’s most-viewed video.

Lead singer Samuel T. Herring, who actually started out as a rapper, is a lifelong lover of performance art. His on-stage performances are characterized by his elaborate and animated dance movements and raw, aggressive vocals, and he literally owns the stage when he performs. He also has Reinke’s edema, a condition involving swelling of the vocal chords that has caused him to compensate for the fact that he can no longer hit certain notes by growling, which is now part of his signature vocal style. In an interview with Stereogum, Herring attributed his condition to four causes: “Acid reflux, smoking, talking too much or overuse of the vocal cords, and then chronic misuse of the vocal cords … which is how I sing.”

Now based in Baltimore, Maryland, Future Islands has long rejected being called synth-pop, instead calling their music “post-wave”, a combination of the romanticism of new wave with the power and drive of post-punk. “Seasons (Waiting on You)” is a stunning, almost heartbreaking song about finally giving up on trying to win the love of another, and Herring makes us believe every word he sings. The song was named best track of 2014 by NME, Pitchfork and Spin.

Here’s their famous performance on The Late Show with David Letterman (which may get removed over copyright issues with video owner).

And here’s the official video: