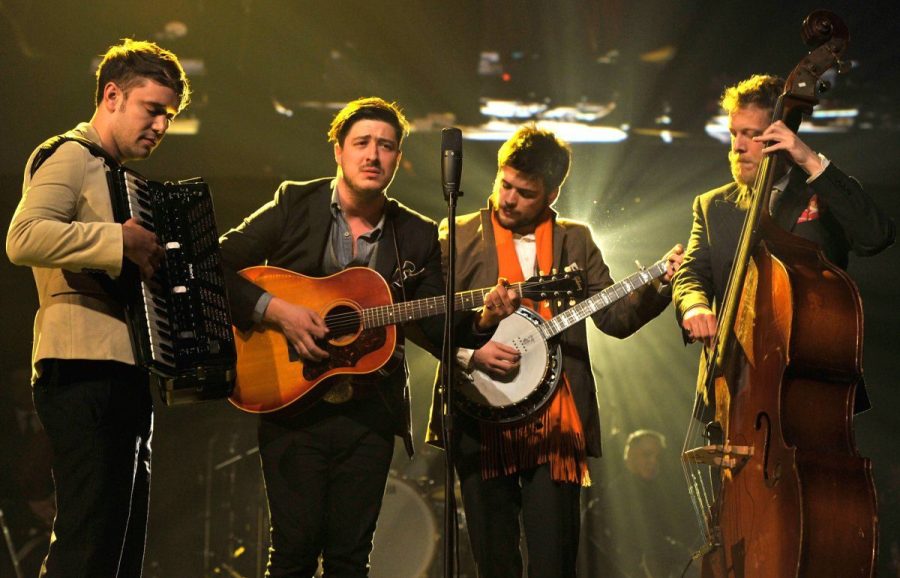 The song at #55 on my list of 100 Best Songs of the 2010s is “Believe” by British folk rock band Mumford & Sons. Formed in 2007, the London-based band has been putting out consistently great music, beginning with their debut album Sigh No More in 2009. I love many of their songs, but my absolute favorite is the magnificent “Believe”, from their third album Wilder Mind. It’s a gorgeous, deeply moving and impactful song.

Released in March 2015, the song was written by band members Ben Lovett, Winston Marshall and Ted Dwane, minus front man Marcus Mumford, and is a departure from their usual acoustic folk-rock sound. For it and the rest of Wilder Mind, they abandoned their signature acoustic instruments (such as banjo and upright bass) for electric ones, and added a session drummer to fill out their rhythm section. The result is a dramatic, sweeping song that builds to a near-epic crescendo with screaming guitars and galloping drumbeats, leaving me covered with goosebumps and with a lump in my throat and tears in my eyes. I realize that I’ve mentioned how many of the songs on this list give me goosebumps, but isn’t that one of the best signs that a song moves us in powerful ways? And quite frankly, if this song doesn’t move you – as fellow British rock band Muse put it in one of their songs – you’re dead inside.

The lyrics speak to feelings of uncertainty and possible betrayal in a relationship. Mumford passionately cries “I don’t even know if I believe, everything you’re trying to say to me / So open up my eyes / Tell me I’m alive / This is never gonna go our way if I’m gonna have to guess what’s on your mind / Oh say something, say something, something like you love me.”