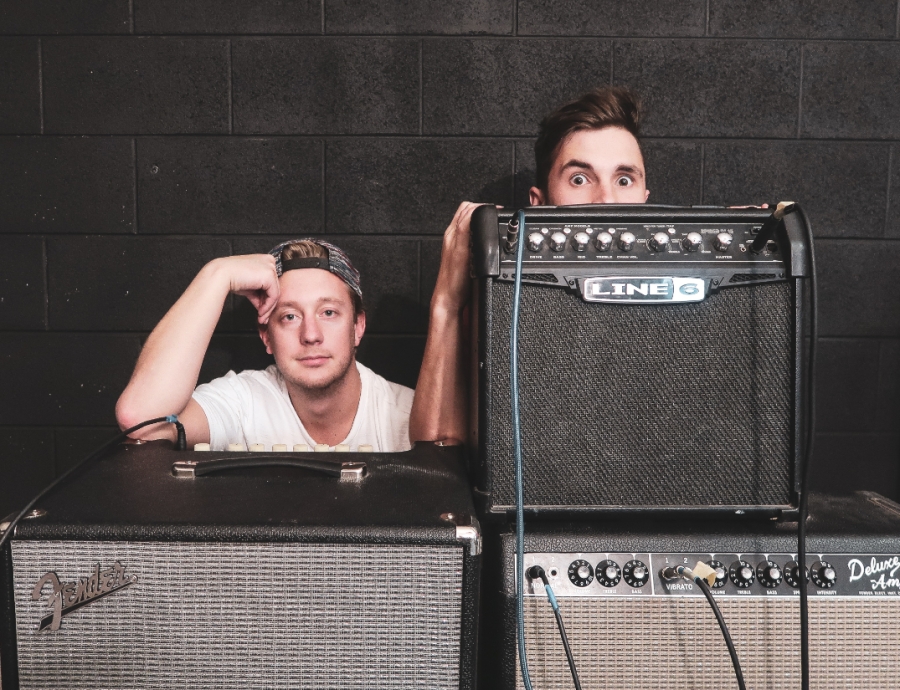 Gravity Castle is the music project of Oliver Kersey and Gabriel Gledhill, and they just dropped a wonderful new single “I’ll Just Be Me“. The duo are seasoned musicians and multi-instrumentalists based in Provo, Utah. Prior to joining forces, each was independently involved in music for more than a decade, and between the two of them play more than 10 instruments.  Oliver, who’s originally from England and moved from London to Utah with his fiancé in 2012, met Gabriel while he was performing with another artist at a cafe in Provo one night, but nothing clicked between them.

A few years later they reconnected, and by that time, Oliver was performing as Oli K. Gabriel and two other musicians joined Oliver, and Oli K became a band. Unfortunately, people kept getting their name wrong, and the final straw came on the night of July 4, 2016 when the band was performing at a festival in Ogden. The PA announcement of the festival activities, which was on a continuous loop, kept referring to their band as “Oil K”. Almost immediately afterward, the band was rechristened Salt Valley. They released an excellent EP Roots in 2017, and had a successful run, but two years later Oliver and Gabriel decided to split off as a duo, whereupon Gravity Castle was born in September 2018.

The two share a versatility for writing, recording, and producing all their music in their own, self-built home studio. They released their debut EP Beginnings in December 2018, featuring five beautiful tracks, and in January 2019, they released their first music video for one of the tracks “I’m Sorry.” They also launched their YouTube vlog series Gravity Files, where they discuss their music, songwriting tips, their approach to the music business, and more. Check it out, as well as their music videos, on their YouTube Channel. “I’ll Just Be Me” was released on February 20th.

It’s an upbeat pop-rock song with a message that it’s okay to be yourself, and not allow others’ expectations define who you are: “Sometimes I feel like I don’t fit all the roles I’m paired with. I redefine, I walk a line. Know I’m going nowhere. Biding my time with questions. It doesn’t take much to keep me laughing. This could go forever to figure out why I know I’m doing just fine.”

Musically, the track is a vibrant soundscape of sparkling and spacey synths, accompanied by beautiful chiming guitar, subtle bass and a spirited parade of skittering drumbeats. Oliver’s resonant vocals are heartfelt and charming, and I really like Gabriel’s backing falsetto harmonies. The distorted refrain of “I’ll Just Be Me” adds interest to the track. Throw in the catchy melody, and it all makes for a delightful feel-good anthem.