I’ve stated in previous reviews that one of the things I like about Twitter is how it enables me to learn about so many great artists and bands from far and wide. And though a lot of them are based in large urban centers like Los Angeles, Miami, Toronto and London, many are located in smaller, out-of-the-way locales. One such artist is Swilly, a Canadian singer/songwriter (born Steven Williams) from the northwestern British Columbia town of Kitimat.

Heavily influenced by some of his favorite bands, especially ZZ Top, The Cult, Nickelback and Theory of a Deadman, Swilly is a rocker with a huge sense of humor. He writes the kind of down and dirty, kick-ass songs you wanna hear on a Saturday night, throwing down a few beers with friends at the local Roadhouse – something he in fact sings about on the track “Canadian Beer.” Just good old rock’n’roll, baby! 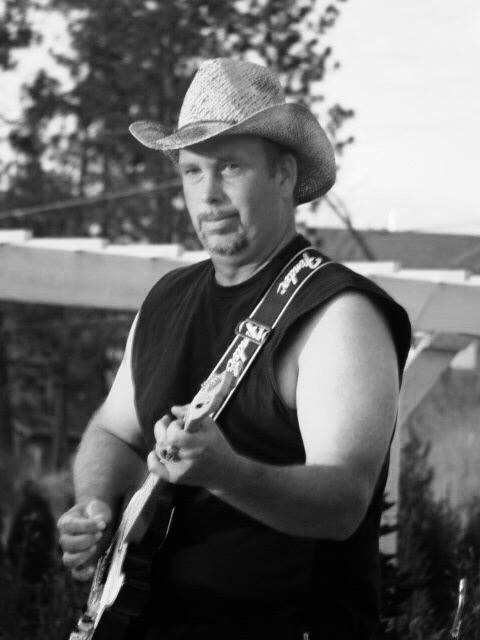 He’s been a busy guy, writing and releasing lots of songs over the past few years, and in December 2017 he dropped his first full-length album Play It Loud. It’s a long album, featuring 13 great tracks and clocking in at just over an hour. Swilly played rhythm guitar, bass, keys and drum tracks, and sang vocals for all the tracks. He had assistance from Kevin Campbell, who played lead guitar on all but one track (“Breaking some Glass”) where he only played some rhythm guitar, and guitarist Klaus Passegger played lead guitar.

The album gets off to a strong start with “Let the Fire In,” a superb rock track propelled by snarling riffs and a hard-driving beat, the kind that breaks your will to keep still. The influence of ZZ Top – a band I also happen to love – is strongly evident, and this song would do them proud. And not only do the beats and guitars have a ZZ Top vibe, but Swilly’s vocals at times sound a lot like Billy Gibbons. He also channels ZZ Top on the appropriately-named title track “Play it Loud” and the high-energy “Start Talking.”

Swilly slows it down on “Baby I’m Back,” a smoldering rock tune with some terrific bluesy riffs that’ll have you swaying your hips with your honey. Those dirty, bluesy guitars come roaring back even stronger on the deliciously satisfying in-your-face track “You’re a Dick.” Swilly snarls the lyrics informing an A-hole of just what he thinks of him – something I’m certain we’ve all wanted to tell someone:

“Wasted” delivers some awesome screaming guitars, while the rousing “Who Says” is a little slice of rock’n’roll heaven. Accompanied by tasty riffs of shredded guitars, Swilly defiantly proclaims: “Who says we have to behave? Who says that you gotta be in by 10? I ain’t livin’ someone else’s life, I have to live my own.” Employing generous helpings of funky bass, he dials the thermostat to a slow burn on the sexy tracks “Feels Like” and “Sun Girls.”

Guest guitarist Klaus Passegger lays down some great guitar noodling on the melodic “Breaking Some Glass.” The song’s about letting loose and having a good time: “It ain’t a party if we don’t see you shaking your ass.” Indeed! “Batman” is a real head-banger, with superb gritty and distorted guitar work. Swilly informs his girl of who’s she’s dealing with: “I’m your batman. I’m not always you’re good guy.”

One of my favorite tracks on the album is the lovely ballad “Friends.” It’s a departure from Swilly’s typical hard-rocking style, and the guitar work and vocals are positively sublime. The touching lyrics are about friends who’ve grown from children to adults with children of their own, affirming that their friendship will endure:

We’re all older now, and have kids of our own
And we watch with wonder as they find the unknown
And the sweet sound of laughter echoes through our yards
Recall all the things we thought so hard
We’ll all be friends to the end of our days. Our days
Cause you and I will always be friends
And I will be there when you need me

Play It Loud is a terrific album, chock-full of great tunes that will satisfy your thirst for rock’n’roll the way it was meant to be played. Swilly’s a prolific songwriter, and I’m confident we’ll be hearing lots of new music from him in 2018.