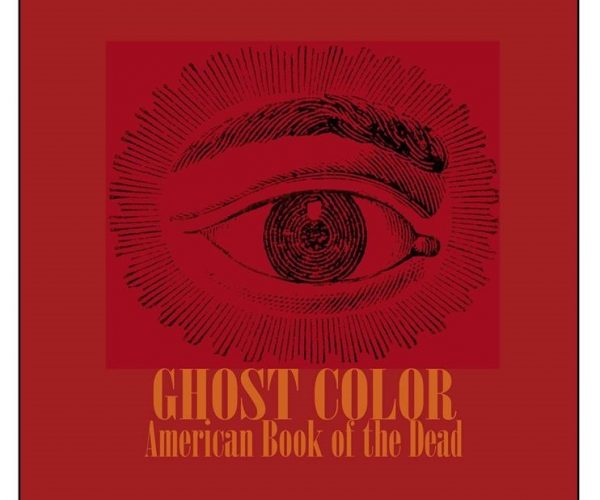 Ghost Color is a band that likes to make music their way, without following convention or what anyone else seems to be doing. No catchy hooks for them, but rather complex, nuanced melodies that always deliver the unexpected, compelling you to lean in and really listen. The band’s music can generally be described as Post-alternative or Progressive Rock, but one can hear strong influences of hard rock, shoegaze, post-punk, psychedelia and even jazz in their arresting sound.

Based in the California state capital of Sacramento (where I happened to live from 1989-94), Ghost Color consists of Chris Winstead (Drums/Lead Vocals), Eric Davis (Guitar) and Bryan Harty (Bass/backing Vocals). They released a pretty solid debut self-titled EP in 2015 with a decidedly experimental rock sensibility, and are now set to release a new EP American Book of the Dead on May 30th. The EP features four tracks that draw inspiration from the band members’ personal experiences with life and relationship challenges, making for a darker and more lyric-driven EP than their previous effort. 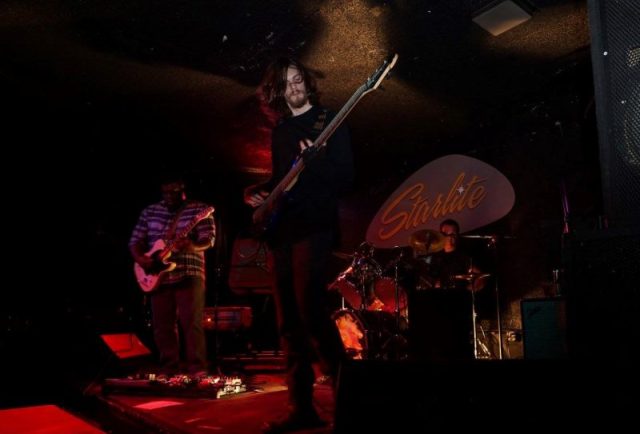 To my ears, Ghost Color’s music style is reminiscent of Incubus, who’ve long been one of my favorite bands. Aggressive shredded and gnashing riffs layered with beautiful jangly guitar, and driven by buzz saw bass lines, are a defining characteristic of their music. Furthermore, Winstead’s superb vocals at times bear a striking resemblance to Incubus lead singer Brandon Boyd.

The first track “In Other Words” launches with a powerful riff, then jangly quitars enter the scene, aided and abetted by crashing cymbals, pounding drums and Harty’s weighty bass. Davis’ intricate guitar work is jaw-dropping as he coaxes forth sounds ranging from gritty to gorgeous. Winstead’s earnest vocals soar as he sings “Tortured and beaten, according to life. You can’t run.”

“Endeavour” seems to address the differing emotional reactions of each partner in the aftermath of a breakup, with the singer still in pain while the one being sung to appears to have already moved on:  “Pour out your heart, you almost shed a tear. A bridge between our hearts. You blew me away, all away.”

More stellar guitar work is on display on “Stay Asleep,” with Davis shredding his guitar nearly to the breaking point. So too with “Grieves,” teeming with psychedelic riffs and wailing guitars making sounds like human screams. The heavy bass has a noticeable jazz vibe at the beginning of each chorus, as Winstead moans “So I grieve again, feeling nothing normal now.”

American Book of the Dead is a brilliant EP, and my only criticism is that it’s over too quickly, leaving me wanting more. But that’s not a bad thing, really, as it never overstays its welcome.