Foster the People are one of my favorite bands (see header photo on my Twitter page that I took at their L.A. concert in November 2014), and I’ve been eagerly awaiting the release of new music from them. It’s been three years since their last album Supermodel, and now they’re back with a fantastic three-song EP called III. It dropped on April 27, as a preview of their upcoming album planned for release this summer. Their new sound is a slight departure from Torches and Supermodel, with the introduction of hip-hop influences, though their complex melodies and generous use of synths are still well represented. 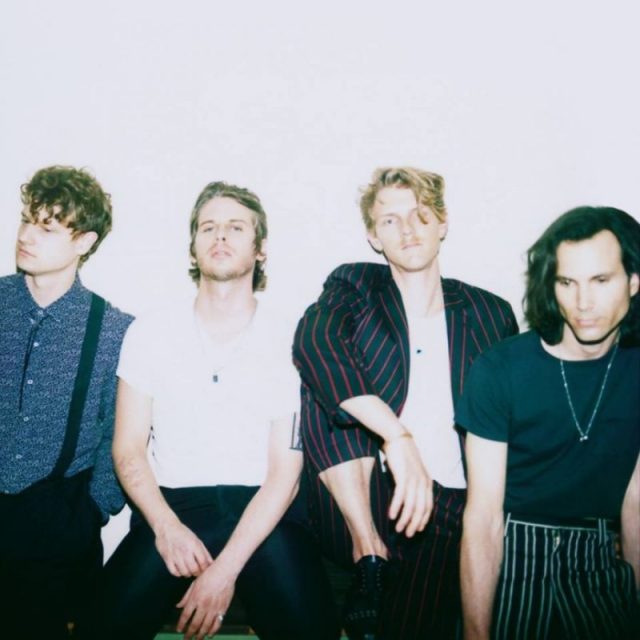 Regarding their new songs, Mark Foster noted “One of my favorite things about music is that it’s unifying. We wrote these songs to reflect joy in a time where people have needed it more than ever, and we thought it was a good time to share them with you.” Well, I can say unequivocally that hearing new music from Foster the People makes me very happy. I love every song they’ve ever recorded, and these new ones are no exception.

The first track “Pay the Man” features a dub step beat and Foster’s rapping, backed by a mix of otherworldly synths and pixie-ish voices. These verses are interspersed with melodic, sweeping choruses more in keeping with the band’s signature sound. As with many of their songs, there’s an abundance of intricate synths, underlain by strong bass and percussion. Foster sings: “Say what you love, it’s alright. Don’t be afraid to find your light. Embrace the day, like night. We hear the fire, we all go wild again. And you have the name of someone I love.”

“Doing It for the Money” features a bass-heavy hip hop beat and crisp synths. I love Foster’s vocals, which include a bit of rapping, and rise to his signature falsetto during the chorus: “So close your eyes, we’re gonna run this light. We live our lives, yeah, we’re not wasting time. Baby, we lost our minds.  We’re gonna get, gonna get, get what we can. We’re not doing it for the money.” To my ears, the track has a bit of a quirky Beck vibe.

Note: Several months after I wrote this review, Foster the People released a trippy video for the song. The images shown in the video are supposed to reflect a computer’s fantasies about humans.

My favorite of the three is “SHC” (short for Sacred Hearts Club), possibly because it reminds me of some of the songs on Torches, with exuberant, swirling synths and beautiful chiming guitars. Honestly, the instrumentals on this song are gorgeous, and Foster’s vocals are beguiling. The lyrics seem to address Foster’s relationship with a loved one as well as God: “I’ve been numbing my thoughts for hours. I know you wanted to save me from myself. We’ve been wilting and young for seeds, and I can’t compete until I’m strung to the field. What’s real?”

Needless to say, I’m really looking forward to the release of the full album this summer, In the meantime, I’ll have to enjoy these tracks. To stay up to date with Foster the People, check out their website.
Follow them:  Facebook /  Twitter /  Instagram
Stream their music:  Spotify /  Apple Music /  Google Play /  YouTube
Purchase:  iTunes /  Amazon