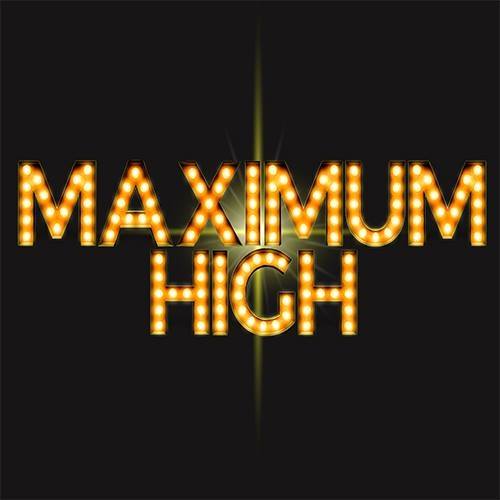 One of the things I love about Twitter is discovering great new music and the artists who make it. I continue to be amazed at how much talent there is out there, and a good deal of it is coming from throughout Europe, where rock of all types is alive and well. A new band I recently had the pleasure of discovering when their lead singer contacted me is Maximum High from Athens, Greece. They play an infectiously upbeat style of rock, infused with healthy amounts of soul, funk, punk and blues that give their sound a classic old-school vibe.

The band consists of Irene Dimopoulou (vocals), Thanos Amorginos (lead guitar and producer), Dimitri Koutsiouris (bass), and Nick Zografos (drums), all seasoned musicians who’ve been a part of the Athens music scene for some time. They recently dropped their debut self-titled EP containing four solid tracks that really showcase their rich sound. The exuberant first track “Long Ago” immediately sets the tone for the EP, with assertive guitar riffs and a strong driving beat. Irene’s smooth, sultry vocals weave through the plucky guitars and vibrating synths, Nick’s cymbals crashing nicely in the background.

The band turns a little bluesy with the standout track “Don’t Let Me Down.” The song starts out with a fine hard rock guitar solo, then settles into an alternating tempo, Irene’s seductive vocals smoldering and soaring along with the intensity of the music. Thanos’ shredded guitar riffs and Dimitri’s bluesy bass provide just the right amount of heft to the song. The guys’ expert musicianship are again strongly evident in the high-energy “Control My Love,” as the guitars are really first-rate and, as always, Irene’s sultry vocals are outstanding. Maximum High gets funky with the delightful “Stay.” The relentlessly catchy dance grooves had me gyrating in my chair as I wrote this!

As the band states on their Soundcloud bio, “Maximum High is better listened to on maximum high levels!” I wholeheartedly agree. To learn more about them, check out their website, and show support by following on Twitter and Facebook. Their EP may be purchased on Bandcamp.