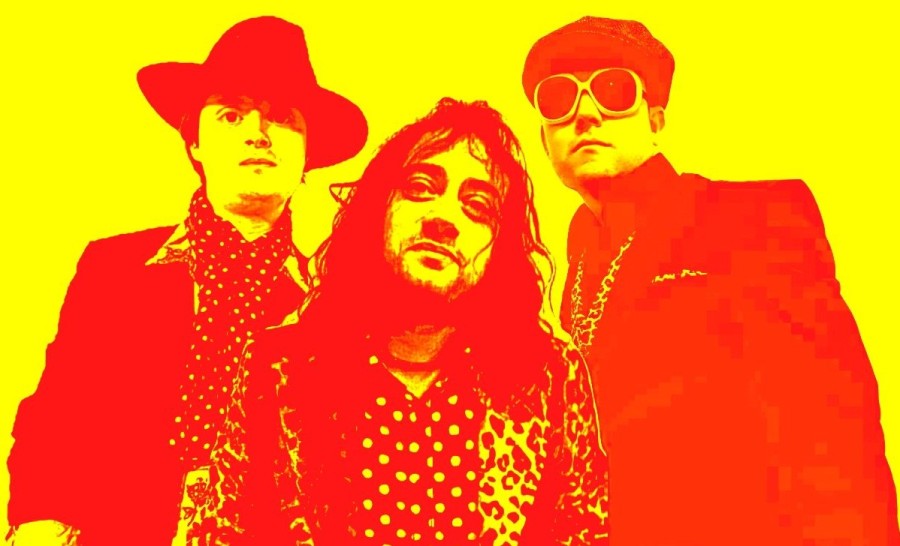 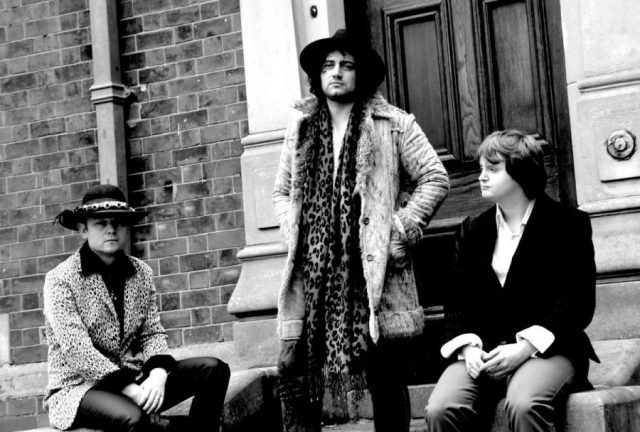 This review was written by guest reviewer David Thurling, a lover of music from Britain who has graciously offered to help with my crushing workload. I previously featured TREMENDOUS on this blog this past March, when I reviewed their single “Open for Closing”.

On their previous single “Open for Closing”, Birmingham-based British three piece TREMENDOUS tantalized us with a wonderful song that revealed their obvious Glam Rock and Rock influences. EclecticMusicLover previously pointed to such names as T. Rex, Mott the Hoople, Slade and Aerosmith as providing a lot of the DNA for the band’s overall sound. While “Open for Closing” hinted at these influences, the band’s new single, “Copycat Killer” grabs you by the throat and throws you around the room with them.

TREMENDOUS features Mark Dudzinski (Guitar/Vocals), Ryan Jee (Bass) and David Lee (Drums), and on listening to the new single “Copycat Killer”, the guys defy their economy of members by producing a powerhouse performance. The song opens with the main refrain from the chorus, shifting up through the gears of ascending power chords before settling into the verse and vocals. Mark opens with the ominous line: “I go outta of my head, I go outta of my mind. Now she’s in for the kill and claws out for mine“, pre-empting a classic case of pending relationship doom, all with tongue planted firmly in cheek.

Whereas “Open for Closing” featured a sometimes measured, almost sensitive performance in parts, especially with Mark’s exquisite vocal range, there can be no denying that this latest entry to their catalogue is a pure case of raucous “balls’n’all”. The bass and drum rhythms of Ryan and David respectively drive the song along with euphoric and uplifting intensity. The pre-chorus section suddenly reverts to a calming guitar vamp and is enjoyably reminiscent of classic new wave and to some degree guitar driven Brit Pop. We are somewhat reminded of Graham Parker from the 70’s and 80’s to Britpop icons such as Suede and Pulp. This is beautifully structured song writing as the calm is short lived before the guys launch into an undeniably frenetic and entirely catchy chorus:

The swagger and confidence of this band is infectious. They have all the down and dirty of Jagger and Richards at their best, the showmanship and vocal power of Steve Tyler and a sense of fun not often seen amongst young and emerging bands. “Copycat Killer” may not be the best song TREMENDOUS have delivered but it emphatically announces the band’s determination to reach the top. With TREMENDOUS, hard-hitting guitar music is in very safe hands.

“Copycat Killer” will be officially released November 22 on all streaming platforms, and is the 4th single from their forthcoming debut album Relentless, due for release early in 2020.