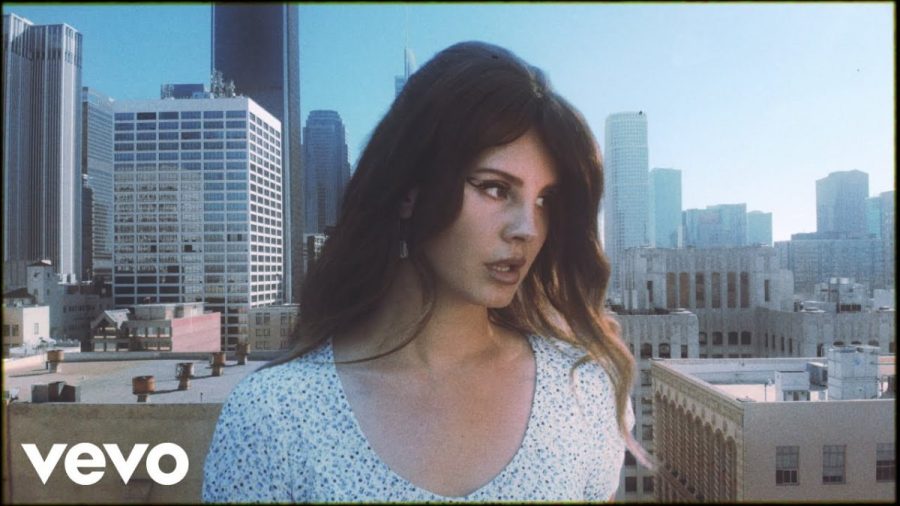 The song at #28 on my list of 100 Best Songs of the 2010s is “Doin Time” by American singer-songwriter Lana Del Rey. One of the best songs of 2019, “Doin’ Time” was the lead single from her stunning and critically-acclaimed sixth studio album Norman Fucking Rockwell, which she co-produced with the equally brilliant musician and producer Jack Antonoff. It’s a cover of the song originally recorded in 1997 by the ska punk band Sublime, which itself samples the great classic “Summertime” from the musical Porgy and Bess, written in 1934 by George and Ira Gerwshin, with lyrics by DuBose Heyward.

Del Rey’s version is faithful to Sublime’s ska vibe, but her signature breathy seductive vocals and shimmery instrumentals take the song to a whole new level, as well as capturing the languid, sultry feel of the original “Summertime”. I love that she kept the lyrics and pronouns exactly as written by Sublime, which describe a cheating girlfriend whose infidelities and poor treatment of her lover makes him feel like he’s in prison. “Me and my girl, we got this relationship. I love her so bad, but she treats me like shit. On lockdown, like a penitentiary. She spreads her lovin’ all over, and when she gets home, there’s none left for me.”

The song received widespread critical acclaim and was a modest hit, reaching only #59 on the stupid Billboard Hot 100, but spent several weeks at #1 on the Alternative chart at the end of 2019. The wonderful video shows Del Rey as a giant woman in an homage to the 1958 sci-fi film Attack of the 50 Foot Woman, roaming the streets of Los Angeles and eventually revealed to be in a movie being shown at a drive-in theater. Lana also plays a character named Lizzy, who catches her boyfriend cheating on her with another girl at the drive-in. The giant woman version of Lana from the movie blows a sandstorm into the audience, then climbs out of the drive-in screen to shake & drop the car the boyfriend and the other girl are in, killing them and exacting revenge on behalf of Lizzy. She and Lizzy give each other a smile, then she climbs back into the movie.