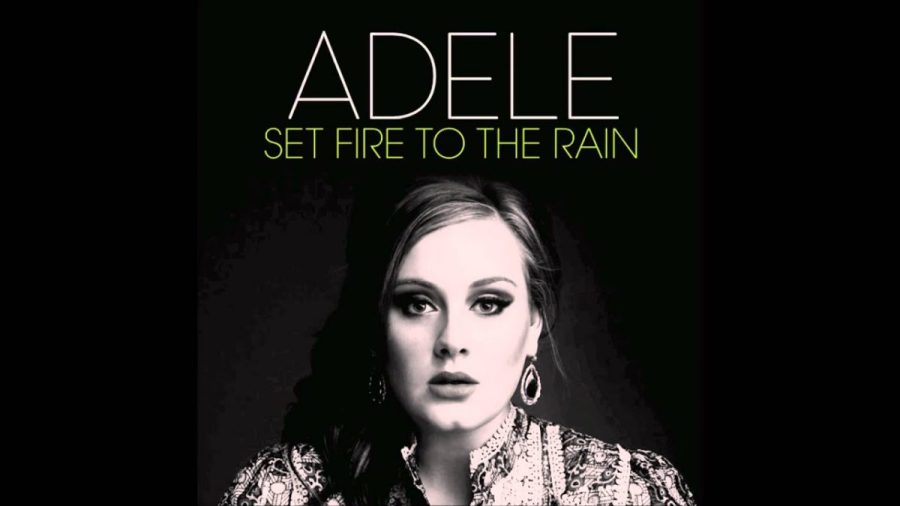 At last, British superstar Adele makes her first of two appearances on my list of 100 Best Songs of the 2010s with her stunning anthem “Set Fire to the Rain“, which bows in at #34. Born Adele Laurie Blue Adkins, the remarkable singer-songwriter first came to prominence in 2008 with her debut album 19 and hit single “Chasing Pavements”, for which she was awarded Grammy Awards for Best New Artist and Best Female Pop Vocal. In 2011, she released her second album 21, which became one of the biggest-selling albums of all time, setting numerous chart and sales records, and topping the album charts in the U.K., U.S., and around the world. It was the top-selling album on the planet both in 2011 and 2012. As I write this in November 2020, 21 has spent 492 continuous weeks and counting on the Billboard 200 Album chart. That’s nearly nine and a half years!

The album’s third single, “Set Fire to the Rain”, was also her third consecutive single to reach #1, and is one of my favorites of Adele’s many songs. The song was co-written and produced by Fraser T. Smith, and it’s a sweeping, piano-driven anthem, with the kind of lush orchestration that I love (though a few prickly critics called it ‘over-produced’ and a ‘misfire’, and to them I say fuck off!). The dramatic arrangement creates a cinematic wall of sound befitting Adele’s soaring, emotionally-charged vocals. The lyrics speak to the contradictions that occur in some relationships, how a partner can seem so wonderful at times, yet awful at others: “You and me together, nothing gets better. But there’s a side to you that I never knew, never knew. All the things you’d say, they were never true, never true. And the games you play, you would always win.”