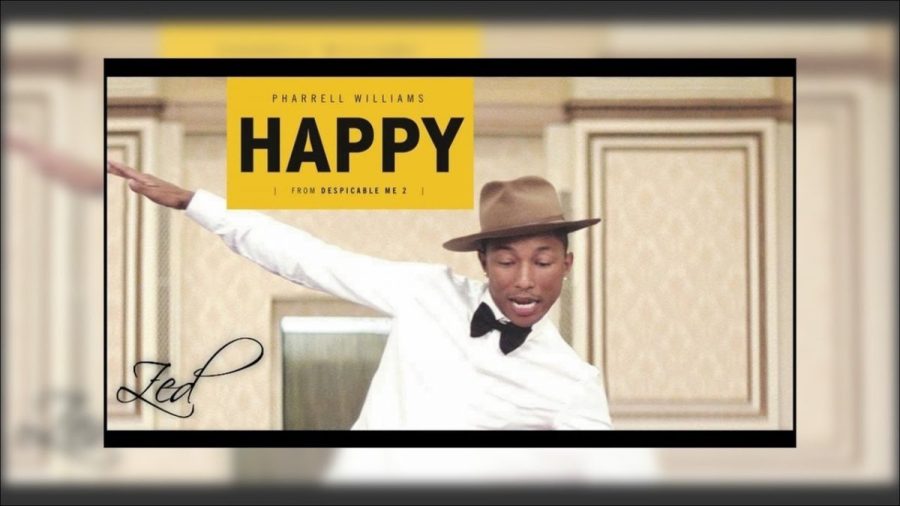 The song at #43 on my list of 100 Best Songs of the 2010s is “Happy” by Pharrell Williams. Despite its repetitive chorus and being played to death on the radio (which I still listened to a fair amount back in 2014), I never tired of hearing this irresistibly catchy earworm. Neither did millions of others, as “Happy” became a massive worldwide hit, reaching #1 in over 30 countries, including the U.S. It spent 10 weeks atop the Billboard Hot 100, where it was also named the #1 song of 2014.

A renowned and prolific singer, rapper, songwriter, record producer and fashion designer, Pharrell has had a successful career as a solo artist, as part of the record production duo The Neptunes (with Chad Hugo), lead singer of rock/hip hop band N.E.R.D., and a frequent collaborator with an astonishing array of artists. In late 2013, on the heels of his monster collaborative hits “Get Lucky” (with Daft Punk) and “Blurred Lines” (with Robin Thicke and T.I.), he released “Happy”, which was one of five tracks he wrote for the Despicable Me 2 film soundtrack. The song was originally intended to be sung by fellow singer/songwriter CeeLo Green, whose version Pharrell actually thought was better than his, however, CeeLo’s label Elektra Records decided against it, as he was about to release his Christmas album. So, Pharrell’s recording was used for the film soundtrack and released as a single instead, and the rest, as they say, is history. The song was also later included on his album G I R L.

To coincide with the single release, the website  24hoursofhappy.com was launched, featuring a 24-hour long video of “Happy” consisting of the song repeated multiple times, with footage of the charismatic Pharrell and an array of people, including celebrities and the Despicable Me minions, dancing and miming along to the song on streets and parks around Los Angeles. An equally delightful official four-minute long edited video was also released, and has been viewed over 1 billion times. The song was nominated for an Academy Award for Best Song, but unfortunately lost to the inferior “Let it Go” from Frozen.

And for those who want to indulge, here’s the series of 24 hour-long videos: