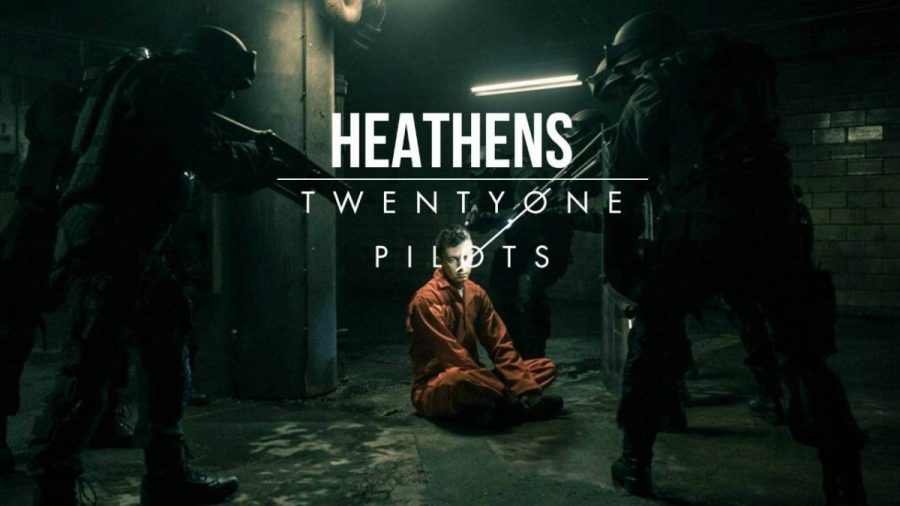 The song at #61 on my list of 100 Best Songs of the 2010s is the superb “Heathens” by twenty øne piløts. The third of their six songs on this countdown, it was written and recorded for the Suicide Squad film soundtrack. The dark song is in the style of rap rock, with a haunting arrangement set to a slow hip hop beat. The mournful piano keys, rough scratching sounds, Tyler Joseph’s monotone vocals, and a mysterious disembodied voice chanting “watch it” contrast with the dramatic, sweeping orchestration, creating a menacing sense of foreboding.

The song was a big hit, peaking at #2 on the Billboard Hot 100, where it spent four weeks at that spot, held down by the inferior Chainsmokers/Halsey hit “Closer”. However, it reached #1 on the Alternative and Rock charts, as well as in the Czech Republic and Slovakia. The video for the song has been streamed more than one and a half billion times.