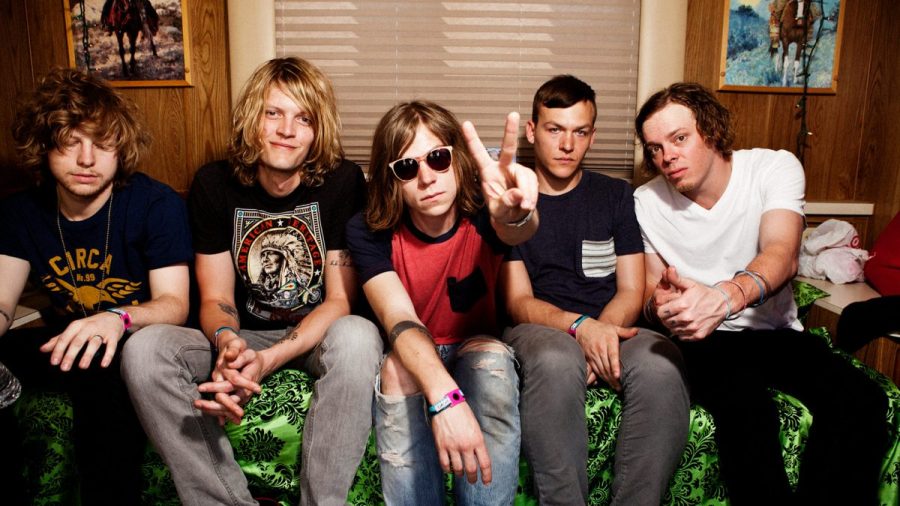 Interest in these posts (and my blog in general) seems to be falling faster than a lead balloon, but I’ll soldier on. The song at #78 on my list of 100 Best Songs of the 2010s is “Trouble” by American alternative rock band Cage the Elephant. Cage the Elephant are one of my favorite bands, and “Trouble” is one of three of their songs on this list. The song is the second single from their fourth album Tell Me I’m Pretty, (after the uneven “Mess Around”) and was released in April 2016. The album was produced by Dan Auerbach of The Black Keys, and really shows his strong influence.

“Trouble” has a cool, almost magical vibe, thanks to its twinkling piano keys, xylophone and intricate chiming and gnarly guitars. I love singer Matt Shultz’s wonderful swooning falsetto in the chorus. Shultz explained to ABC Radio in an interview that the song was inspired by a conversation he had with someone close to him. “We were both presenting ourselves as being very honest in the conversation. And I felt there were several places where I was holding back, or kind of curating the idea of what I wanted projected pretty heavily as inside the conversation. So I was curious at what level they were doing the same. “So the song’s kinda just about honesty and adversity and struggle.”

The song’s entertaining video was shot in a Western theme at Joshua Tree National Park, which is near my home and one of the most popular places to make music videos.