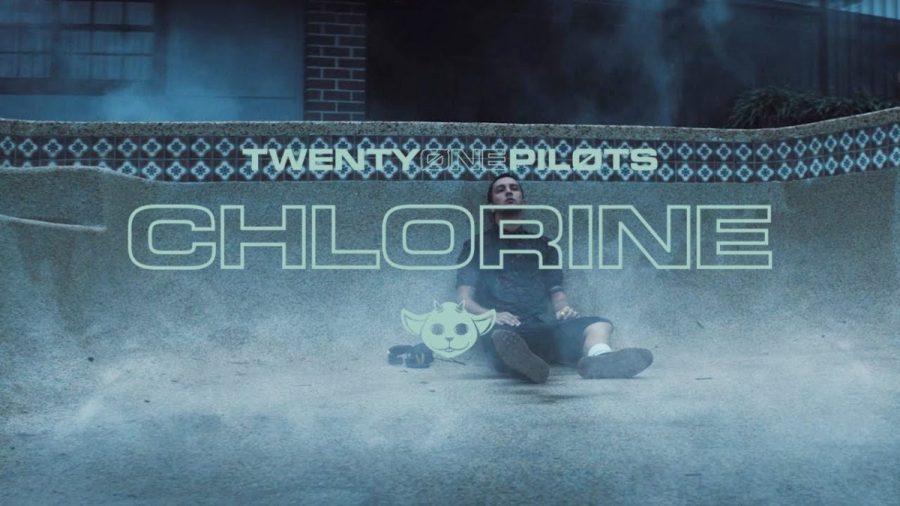 The song at #87 on my list of 100 Best Songs of the 2010s is “Chlorine” by twenty one pilots. For those who’ve been living under a rock, twenty one pilots is a duo consisting of singer-songwriter and multi-instrumentalist Tyler Joseph and drummer Josh Dun, and as far as I’m concerned, they can do no wrong when it comes to making music. I love every one of their songs, and they’re one of my favorite bands of all time. This is the first (or last, actually) of their six songs on this list, the most of any artist.

“Chlorine” is the third single from their monumental fifth album Trench, and was released in January 2019. Trench is a concept album that tells the saga of the fictional evil city of Dema ruled by nine bishops, referred to as “Nico and the Niners”. The song was co-written by Joseph and MUTEMATH front man Paul Meany, who produced Trench, and whose voice we hear in the opening lines. Like many of the tracks on Trench, the song has a complex melodic structure, and shows a growing maturity in twenty one pilots’ sound and music style. I love the sweeping, spacey synths, Dun’s sharp percussion and Joseph’s haunting layered vocals. The wonderful little twinkling piano riff adds a somewhat menacing vibe to the track.

The lyrics address how creativity can cleanse dark impulses, but also cause pain. The small, white alien-like creature in the video is “Ned”, who the band stated represents “this idea of creativity and trying to take care of it and trying to please it… or appease it.” It’s a dark and stunning song, and Joseph’s plaintive vocals in the final chorus are exquisite as he laments “I’m so sorry I forgot you. Let me catch you up to speed. I’ve been tested like the ends of a weathered flag that’s by the sea. Can you build my house with pieces? I’m just a chemical.”