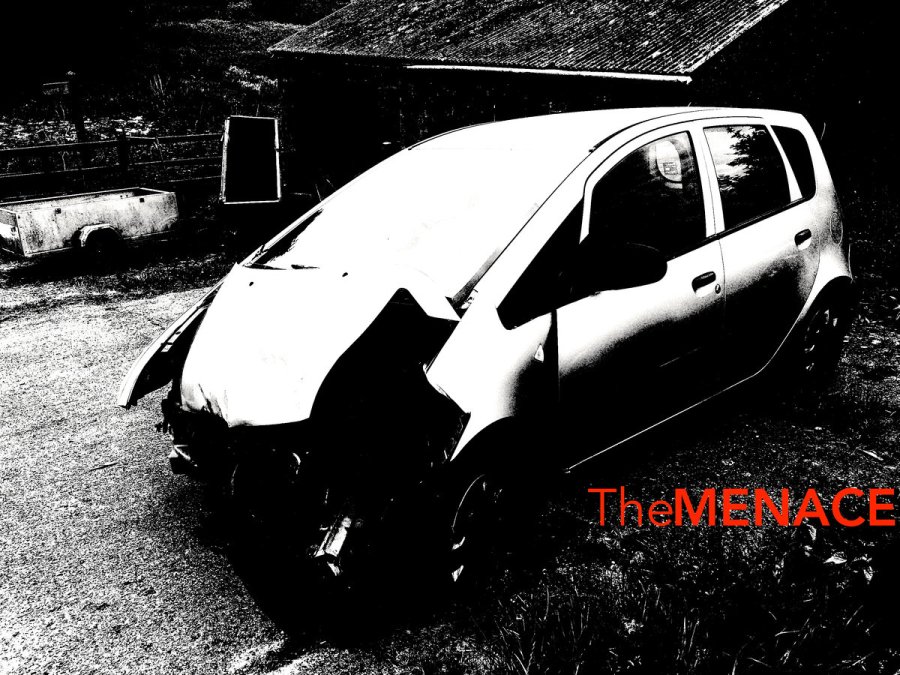 David Oakes is a talented musician and composer of electronic alternative rock music based in Wales, UK. In the early 2000’s, he was a guitarist with the British rock band Kotow, for who he also played drums when they performed live shows. Over the past five years or so, he’s produced a tremendous output of instrumental music as a solo artist, ranging from gentle synth-driven compositions to aggressive guitar-driven hard rock, and everything in between. His latest effort, which officially drops today, is TheMENACE, a brilliant album that’s easily his best work yet. 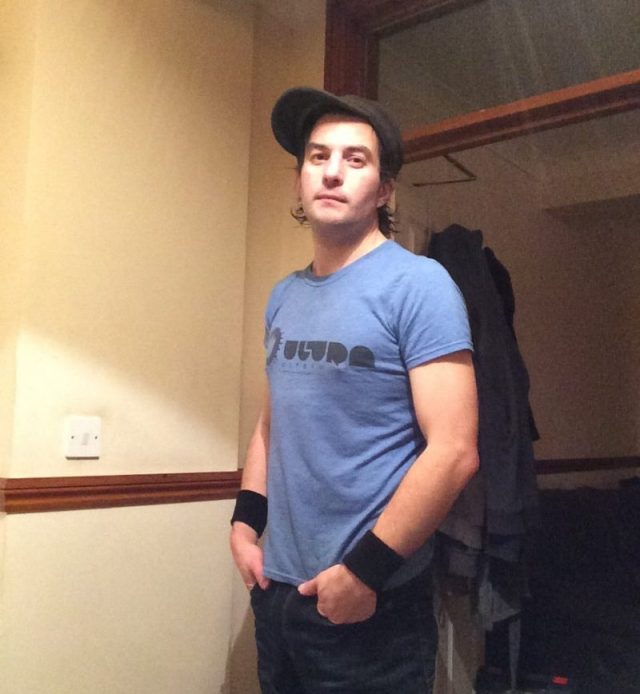 I’ve gotten to know David over the past couple of years, and featured him on this blog in 2016. He’s a huge fan of Dream Theater, Mastodon, Metallica and Green Day, all of whom have been major influences on his music. He’s also a perfectionist and his own biggest critic, and reworks his tracks until he feels they’re just right. It’s been fun watching his creative process unfold and albums take shape as he shared his demos with me and a small group of friends who follow him on Twitter, asking us for feedback as they were being recorded. We’ve all enjoyed the songs he’s created the past few years, but were collectively blown away by the tracks that are included on TheMENACE. He really poured everything he had into this album, and it shows.

David explained his intention in creating this album: “The Menace is a very loose concept. I kept it intentionally vague and a lot of the guitar parts are very similar on purpose. As you know I like an album to feel like an ALBUM and not ‘Here’s 10 random songs in no particular order.‘” The tracks are darker and more aggressive than many of his previous compositions, which is appropriate given the album’s title, and for the first time he’s added distorted vocals, giving the songs even greater impact and depth. Regarding the lyrics, David stated: “Weirdly – none of the lyrics were planned out. But, as time went on I realised that nearly all of the lyrics could be about #45 (our awful President Trump – my words). Purely by accident. I guess it got in there subconsciously. But the lyrics are so vague that they could be about a lot of things.”

“The Slammer (Intro)” kicks off TheMENACE with ominous synths that immediately set the album’s dark tone. A lone guitar riff ensues, then a powerful hypnotic drumbeat takes over as the synths and guitars gradually build to a crescendo before calming back down. Then it’s a quick segue to “The Slammer“, a hard-driving track that lives up to its title. The frenetic drumbeat, raw synths and barrage of fuzzy guitars are fantastic, and I love David’s heavily distorted gravelly vocals as he drones “Hey what do you see? Is this how it’s going to be? Is this what you want?”

The awesome title track “The Menace” has everything I love in electronic rock – layers of multi-textured synths, scorching guitar riffs, and a colossal driving beat that aims straight for the hips. I seriously defy anyone to sit still for this track! David’s heavily distorted vocals have a…well…menacing otherworldly vibe as he chants “You’ve got to go. You’re a menace to society. You’re a menace to everyone.” Though five minutes long, it’s so good that it seems over in an instant

“The Monster” has a thumping EDM beat, with loads of gritty synths and intricate gnarly riffs. David employs some pretty impressive vocal gymnastics on this track as he sings “You’ve got a monster in your sights. You gotta make it through the night.” “The Distant Horizon” is one of the darker tracks on the album, with ominous drawn-out synths, very gritty guitars and dirty bass. His distorted vocals have an almost treacherous, seductive quality as he urges self-gratification” “If there’s anywhere you wanna go, just go. If there’s anything you wanna do, just do.” The track would be perfect for a sci-fi movie soundtrack.

David dials it up to full speed on “The Event Horizon.” The song is like a shot of adrenaline, with a frantic, head-bobbing EDM beat, The mysterious synths give the track a bit of an 80’s new wave/techno Depeche Mode vibe, and the guitar work is outstanding. Things get a little funky on the aptly named “Funkotron.” The melody and arrangement on this track are phenomenal, as are the synths and intricate guitar work. And it goes without saying that David’s vocals are terrific. It’s an awesome song, and one of my favorites on the album.

“The Resistance” is a hard-driving track with a fast-paced EDM beat that had me doing a lap dance in my chair. The guitars and instrumentals are amazing, as always. With echoed vocals, David defiantly sings “We won’t go down without a fight. / We will keep fighting for our lives.” “The Revolution” opens with industrial-sounding synths, then expands into a breathtaking soundscape of brooding, soaring synths and gorgeous chiming and wailing guitars. This instrumental track is a little slice of auditory heaven, and gives me chills every time.

As we near the end of the album, each new track is a new revelation. “The Finale Part 1” opens with gorgeous sweeping synths and jangly guitar that remind me of early Coldplay, then explodes into a rousing fusillade of layered guitars, synths and percussion. David proclaims the end of any emotional commitment: “I don’t need, I don’t need you anymore. I don’t want you, want you anymore. Everything you thought you had is gone. Everything you thought you knew is wrong.”  “The Finale Part 2” is a different interpretation of the song, with more of a new wave/punk vibe, sort of how it might sound if played by A Flock of Seagulls or The Cure.

TheMENACE is a genuine masterpiece from start to finish, and as I stated at the beginning of this review, David’s finest work yet in my opinion. He’s an amazing guitarist, and his skill for using synthesizers to create such incredible melodies and arrangements is impressive. This album is a must-have for anyone who’s a fan of guitar-driven electronic rock music.

TheMENACE is actually a double album, with the second being an instrumental-only version, plus two bonus tracks not found on the first. It’s also available on the streaming and purchase sites listed below. The Kotow album Demise of the Monsters is also available on Spotify.