I have a particular fondness for hard-working do-it-yourself indie artists and bands who write their own songs and play all their own organic music. Neon Hurricane is such a band. The relatively new, four-man collective from Glasgow, Scotland make music that stays true to the roots of classic rock and roll, employing three-part guitar harmonies to give their sound a definable retro vibe. The band members are Jason Minto on vocals, Graeme Craig on guitars, Connor Browning on bass, and James Maxwell on drums. 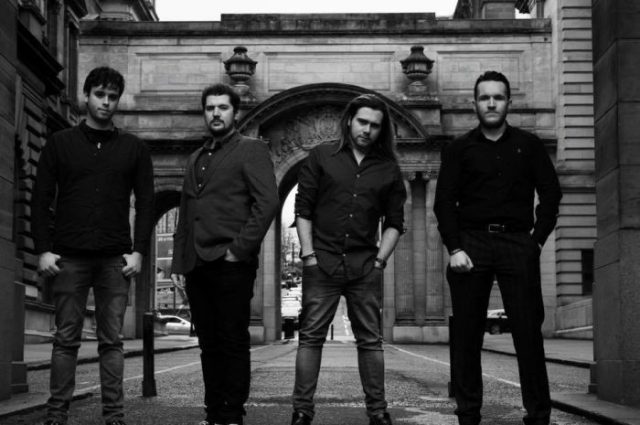 The guys just recorded their debut three-track EP Liquor Sweet, and I’m delighted to review it. The first track “Sweet Lady” is a mellow rock tune, with lively buzzing guitars that remind me somewhat of early Boston. The song is anchored by just the right amounts of Connor’s bass and James’ sharp percussion, and Graeme’s guitar riffs are first-rate. Jason’s earnest, soulful vocals are perfectly suited for the song.

The guys save the best for last, with the amazing tour de force “Follow the Rock n Roll.” They fully unleash their sonic weaponry, compressing so much creative energy and incredible musicianship into one song, that the result is nothing short of phenomenal. The track begins with the sound of wind, then a harmonica wails as Connor’s heavy, throbbing bass line takes over, augmented by James’ pounding drums. In short order, Graeme’s distorted and snarling guitar enters the scene, intensifying the song’s impact. Jason’s powerful vocals are more raw and bluesy than ever, and when backed by the guys’ harmonizing vocals and combined with the aforementioned music, we’re left with one of the most exciting rock and roll songs I’ve heard in a while. At 4:40 the guys blow the lid off with a vitriolic flourish of frantic bass, guitar and drums, and Graeme provides some high-pitched wails to match his screaming guitar solo. This track alone is more than enough proof that these guys are highly skilled musicians.

I love this band, and can’t wait to hear what they come up with next. Show them support by following on Facebook and Twitter. Liquor Sweet will soon be available for purchase on iTunes & Amazon.