Vicious Rooster is the music project of Argentine-born and now Los Angeles-based singer-songwriter, musician and producer Juan Abella. Drawing inspiration from some of his favorite bands like Led Zeppelin, The Black Crowes, Guns’n’Roses and Alice in Chains, his music is a rousing blend of classic and Southern rock, folk, blues and grunge. Both his guitar playing and vocals sound like he’s from Nashville or Austin, rather than Argentina.

Juan’s had a love of music since his childhood growing up in Argentina, where he began learning to play guitar at the age of ten. In 2016, he left his business career behind and relocated to Los Angeles to pursue his dream of becoming a musician and study music business at the renowned Musicians Institute in Hollywood. Using songs he’d previously written about his experiences of feeling lost during the transition from his past life to his move to L.A., as well as some new compositions, he released his debut album The Darkest Light in 2017, an ambitious and impressive work featuring 12 tracks and running over an hour in length. After a three-year hiatus, he returned in August 2020 with a darkly beautiful Southern rock single “The Moon is Dancing”, then followed three months later with the powerful bluesy rocker “Something Goin’ On”. (You can read my reviews of both singles by clicking on the ‘Related’ links at the end of this post.)

Now Vicious Rooster returns with a new single “About A Revolution“, which he describes as “a cosmic introspective ride that encourages listeners to reinvent themselves and gather the strength to achieve their dreams.” He further elaborates: “Just like for many people, the pandemic allowed me to reconnect with songs and emotions that had remained dormant. There were no excuses for not paying attention to them and the time has come to give them the shine they deserve. ‘About A Revolution’ was part of a group of songs that I recorded in 2015 that had never seen the light until now.”

The song is a rousing Southern Rock banger, and once again, Vicious Rooster lives up to his moniker, delivering an electrifying barrage of scorching bluesy riffs guaranteed to raise the hairs on the back of your neck. He’s an amazing guitarist, coaxing an intricate array of lush and powerful sounds from his six-string that are truly mind-blowing. Also worth noting are the wonderful organ at the beginning of the song, as well as the outstanding percussion throughout. Juan’s colorful, emotive vocals are great too, rising and falling in perfect sync with the intensity of the instrumentals.

The lyrics essentially describe his own personal life-changing decision to leave his past life in Argentina behind and pursue his music dreams in L.A.:

“About A Revolution” is a great song, and another superb single that further establishes Vicious Rooster as a rock star on the rise. 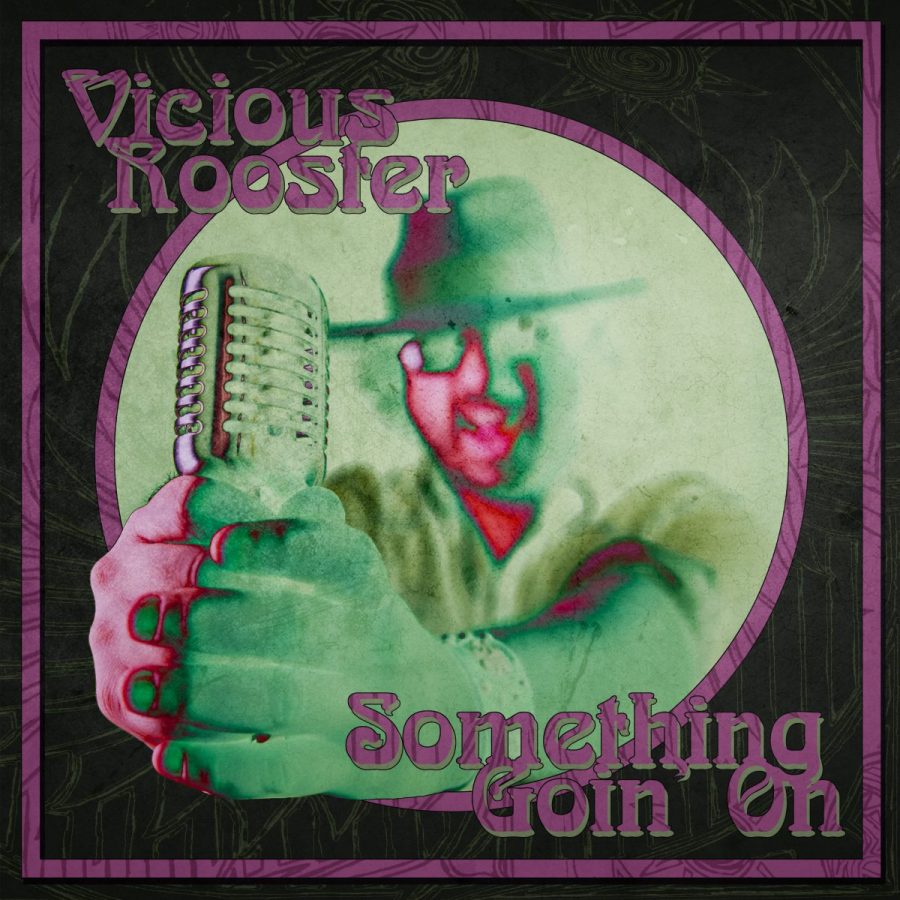 This past September, I featured Argentine-born and now Los Angeles-based artist Vicious Rooster on this blog when I reviewed his darkly beautiful single “The Moon is Dancing”. The music project of singer-songwriter, musician and producer Juan Abella, Vicious Rooster draws inspiration from some of his favorite bands like The Beatles, Led Zeppelin, The Black Crowes, Guns’n’Roses and Alice in Chains to create his own unique style that’s a wonderful melding of classic and Southern rock, folk and grunge. Both his guitar playing style and vocals sound like he’s from Nashville or Austin, rather than Argentina. On November 25th, he released his follow-up single “Something Goin’ On“, delivering three raucous minutes of bluesy Southern rock goodness for our listening pleasure. The song was mixed by Mikal Reid, who’s worked with renowned artists such as Mick Jagger, Alice Cooper, Ben Harper, and Kenny Wayne Sheperd.

“Something Goin’ On” has a harder rock edge than “The Moon is Dancing” and I like it! Abella is a fine guitarist, and he lets er rip, slicing through the airwaves with an onslaught of layered gritty and bluesy guitars, punctuated by tasty little flourishes of distortion and highlighted by a scorching solo in the bridge. A throbbing bass line and explosive percussion keep the driving rhythm firmly on track. His fervent vocals keep pace with the intensity of the instrumentals as he exclaims to his love interest of the powerful effect she’s having on him: “Let me tell you baby, you’re breaking me in two. But there’s something goin’ on between me and you.”

If Vicious Rooster keeps putting out excellent records like these two singles and his previous album The Darkest Light, I’m confident he’ll have a long and successful career.