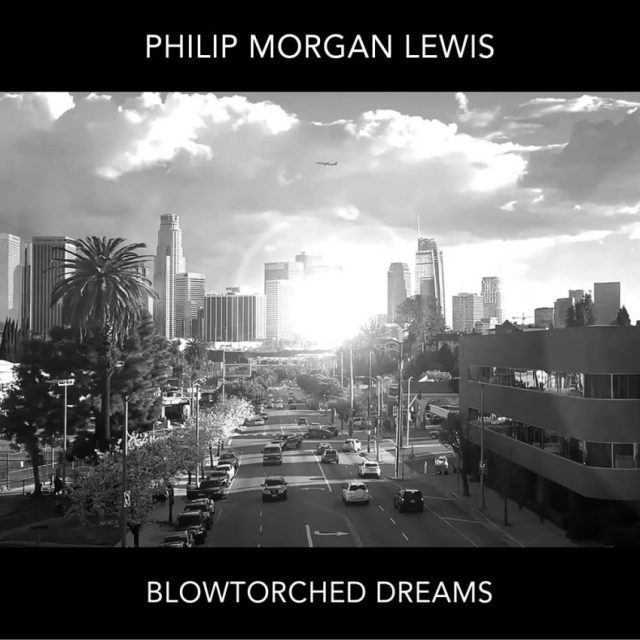 It’s hard to believe that nearly two years have passed since I featured British singer/songwriter, multi-instrumentalist and producer Philip Morgan Lewis on this blog in November 2017, when I reviewed his brilliant, meticulously-crafted album Grief Harbour. The London East Ender melds alternative rock, blues, garage rock and folk influences to create his exciting, bluesy rock sound that complements his unique, raspy vocal style. Following up on Grief Harbour, he released a fun album House Works that featured eight house/EDM tracks. Now Philip is back with a bold video for his new single “Blowtorched Dreams“, which I’m honored to premier today. The single will be officially released on the 28th of October as a digital download and 7-inch vinyl. 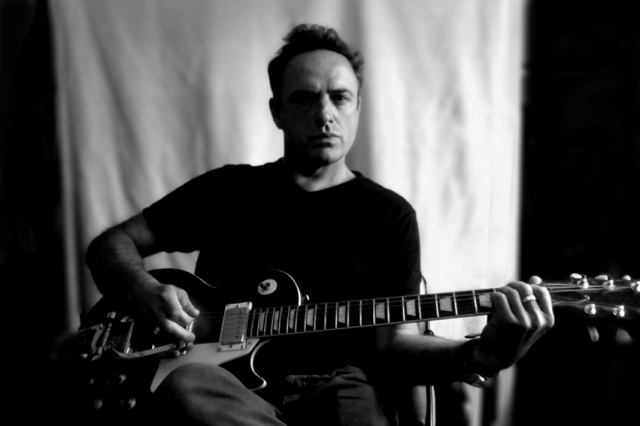 Philip wrote the lyrics and music, performed all the instruments and sang vocals on the track, as well as produced the song, which is being released via label TX2 Records. Backing vocals were sung by Vick E and his daughter Little A. For the recording of the track, Philip built a one-stringed instrument to play all the twangy slides, adding a rather dark country-folk vibe to his bluesy guitars and bass, all of which sound so damn good. He’s a remarkable musician and vocalist who manages to wring out every last drop of emotion with his deft, passionate guitar-playing and distinctive, raspy singing voice. When he sings of his pain, you believe every word, and the deep, almost tortured guitar work only serves to intensify those moods. It’s a brilliant track.

The dark lyrics speak to a sense of despair and hopelessness, of a life gone down the tubes as a result of having lived a self-destructive existence. Or, could it be the bitter realization of having expected too much from a cold, cruel city that eats up and discards you?

The fascinating video was directed, produced and edited by Philip and Vicky Crawley, and features black and white footage shot in and around Los Angeles, juxtaposed with scenes of Philip sitting in a darkened room singing the song. The video starts off with scenes of arriving by plane at LAX, followed by beautiful images of the sun-drenched city, evoking a sense of promise (we’re even shown a billboard with images spelling out ‘I love LA’). Suddenly, there’s a flash of light and a spacey synth chord, at which point the images become distorted with a kind of static effect that Philip refers to as “singularity distortion”, conveying a sense of tension and discord. Eventually, the scenes transition to the darkness of night, with images of raging wildfires and rather disturbing views of a long, dark tunnel leading down into the bowels of an old building, suggesting that the dreams have gone up in flames.