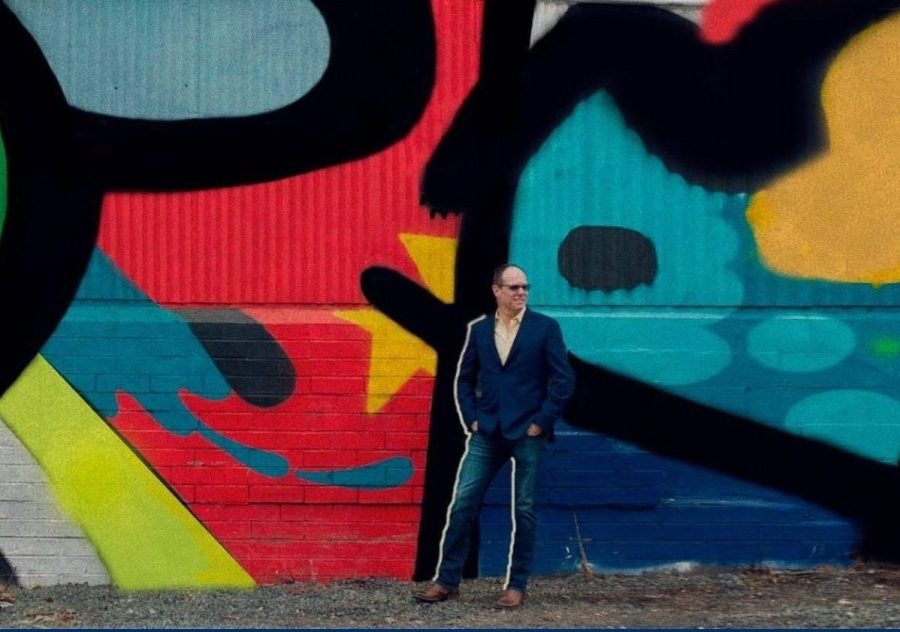 Peter Kleinhans is a New York-based singer-songwriter who, after spending 30 years as a professional harness horse racer, trainer and announcer, decided to turn his love of music into writing and recording songs. His music is a pleasing mix of pop, folk and rock, but it’s his skill for telling engrossing stories through thoughtful, intelligent lyrics that makes his songs so compelling in a Harry Chapin kind of way. He doesn’t have a particularly strong singing voice – his vocal style is more of a talk-singing – but it’s warm and comforting, and perfect for storytelling.

In February 2018 he released his debut album Something’s Not Right to critical acclaim. LA Music Critic hailed it “one of the best debut albums we have reviewed“, while Neufutur Magazine called it “an album that blends together Dave Matthews with the protest tradition of performers like Neil Young and Phil Ochs.” He later released, in November 2019, an excellent video for album’s title track “Something’s Not Right”, a song about the sense of uncertainty and unease that many Americans seemed to be feeling about their country and their own future, while still trying to remain optimistic and grateful for what’s good. You can read my feature about the song and video here.

In December (2020), Peter returned with his second album I Was Alive Enough, featuring 12 tracks he states are “very specific to this very strange moment we are all living in, with songs about our fear of missing out (“FOMO”) and greed (“Race to the Bottom”), as well as mistrust of the media (“Fake News”). But it’s also hopeful and spirited, about appreciation for NYC graffiti (“91st Street”), a love of horse-racing (“W1775”) and the power and joy of solitude (“Table for One”). What binds many of the tracks together for me is the significance of each song’s characters despite their powerlessness. The befuddled news-watcher in “Fake News” is as real as the story of the horse W1775, the farmer in “Malagasy Uprising”, the homeless man in “Homeless” as much as the hapless narrator walking past, or even the corporate stooges in “Race To The Bottom”, who have more actual power and influence but who are ultimately prisoners of the soulless world they inhabit. One of the main things I was driving at in this album was the significance of every life.“

The 12 songs run the stylistic gamut from gentle folk ballads and bouncy pop to pleasing Southern rock and world music. Peter’s lyrics are so good that I’ll be quoting a lot of them, so bear with me as you read on. The album kicks off with “FOMO“, a breezy pop tune highlighted by some nice jazzy piano keys, along with gnarly guitars and jaunty organ that contrast with the matter-of-fact lyrics addressing his, and everyone else’s, shortcomings and how there must be a pill to deal with all our myriad anxieties: “I’m looking for a doctor just to tell me I’m crazy. My girl says I’m older, vain, stupid and lazy. But no one says what everyone knows to be true, that I’m totally crazy and so are you. / Yes, keep me medicated, keep those bottles full. Cause I’ve got FOMO, can’t handle missing out. You know I’m all about regret and doubt.”

“Race to the Bottom” has a heavier pop-rock treatment, with rousing, multi-layered guitars, thumping drums and tasty psychedelia-tinged organ, all set to a strong foot-stomping beat. Peter sings the cynical lyrics spoken from the perspective of corporations hoping to cash in on a brain-dead public: “We got a fractured nation, a distracted population. Got to take advantage just the best that we can. But we better hurry ‘fore they get their pitchforks in motion, cause they’re getting pretty tired of being taken by the man. So, come with me on a race to the bottom, where the pickins are easy and there’s plenty of prey.”

Continuing on a similar theme, he addresses how we all seek out the kind of news that feeds our own world views on “Fake News“: “So go ahead and play me some fake news, and I’ll just change the channel if want to change my views“, and how some want nothing to do with those holding opinions different from theirs: “Woke up to find someone’s unfriended me today. Doesn’t like the way I see the world. It could be we never were such good friends anyway, but I’m still stinging from the epithets he hurled.” The song starts off as a gentle piano ballad, then expands into a lively melody with guitars, bold percussion and what sounds like clarinet, which adds a nice but slightly unsettling vibe. The song has a bit of a Harry Chapin feel, and is one of my favorites on the album.

“91st St.” is a wonderful ode to the graffiti-covered and abandoned 91st Street subway station in New York City. The station was deemed superfluous by the subway authority and closed in 1954, and later came to be known by New Yorkers as the “Ghost Station”. Peter wrote a marvelous article about the station and the song in October 2018, which I featured on this blog and can be read here. The song has a progressive/jazzy vibe, with a cool drumbeat, funky bass line and fuzzy guitar riff. Toward the end of the track, Peter injects a quirky little psychedelic synth that makes for a great finish.

Peter addresses the oft-covered and eternally relatable subjects of love and relationships on a few tracks, with lyrics that are painfully honest and real. On the bittersweet Americana-tinged “Our Journeys“, he sings of how he let his partner down, but is thankful for the good things they enjoyed together: “Now this song isn’t one of mistake or regret. I chose what I chose, and I’ll take what I’ll get, but when push comes to shove, it still hurts to hurt someone you love. And you were willing to spend your whole journey on me, and the value of that, maybe I just wouldn’t see. So please let me take the time to thank you now.” On the lovely “Table For One“, he sings his praises of being alone: “All I watched as a child, replayed the same scene. Go find a fair princess, make her a fair queen. But repeating the playbook has cost me a lot. Maybe you find who you are when you find who you’re not.” And on “Palpitations“, he sings of traveling the country with his new bride, not caring where they end up so long as he’s with her: “These palpitations inspired by you are invented by me. Palpitations are my body’s way of telling me I’m finally free.”

“Homeless” is a poignant song about how those of us living in big cities co-exist with homeless people as we go about our days, intersecting with each other, yet living in completely separate worlds and fearful of becoming too involved: “There a man I see almost every day. He’s got a black dog with a collar. It used to be ‘could you spare a dime’ now it’s ‘could you spare a dollar?’ Sometimes I give, sometimes I don’t, depends what’s in my pocket. But he’s a man locked inside an invisible cage, and my dollar won’t unlock it. There’s no future, there’s no joy. He once was an adorable boy. Once he started to fall, he found no safe place to land. Walk right by that ghost of a man. It’s the crime I commit almost everyday. It’s the violence of looking away.”

On “Malagasy Uprising“, Peter sings from the perspective of a farmer recalling the horrors of the nationalist rebellion against French colonial rule in Madagascar that lasted from March 1947 to February 1949, and now trying to eke out a living in peace. He uses African elements and instruments, along with a lilting chorus by female singers, to give the song an exotic flavor that works quite well. He channels a bit of Tom Petty on  “Beneath Two Moons“, a song that speaks to the love of personal freedom over romantic entanglements. And he sings of being with the one he loves in of the Land of Enchantment on the appropriately enchanting “New Mexico“, “where the people think we’re pretty, and there’s turquoise everywhere.”

One of his best ‘story’ songs is “W1775“, a poignant saga about a horse who started his career as an award-winning race horse, then spent time pulling a carriage in New York, and eventually living out his final years in a pasture. Peter elaborates on the song’s inspiration: “I trained racehorses for many years and I earned a deep respect for the animals. One of the things about horse racing that you just don’t find when following other animals, is the story within every horse’s career, all of which is documented and is occasionally remembered but more often forgotten.”

I Was Alive Enough is a delightful album, not only because it’s a pleasing listen, but also due to its great storytelling. As I alluded to at the beginning of this review, Peter is a masterful lyricist and storyteller, not to mention a fine musician. Each song is a gem, with no two sounding alike, keeping the album sounding fresh and surprising from start to finish.

3 thoughts on “PETER KLEINHANS – Album Review: “I Was Alive Enough””