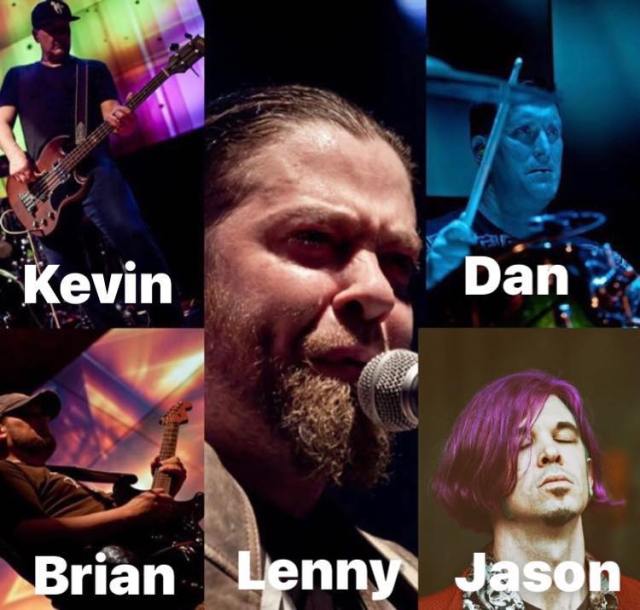 As I’ve mentioned numerous times on this blog, one of the redeeming qualities of Twitter is the astounding number of musicians and bands I continue to discover, a great deal of whom are really talented. One such band I recently had the good fortune of learning about is The Mayan Factor, a five-piece alternative rock outfit based in Baltimore, Maryland. They’ve been around since 2002, and after listening to their music I was perplexed as to why I’d not previously heard of them, because they’re phenomenal.

Their first release, the 2003 EP In Lake’ Ch, is a veritable masterpiece, featuring the powerful and stunning tracks “Warflower” and “Beauty and the Beast”. They followed up two years later with an equally stellar album 44. Then tragedy struck a hammer blow in 2011 when the band’s lead singer Ray Schuler died suddenly, leaving a void that sent the band and their fans reeling. They’d been recording songs for a third album Yesterday’s Son, which they went ahead and released in 2012. I strongly urge my readers to check them all out, because they’re fucking fantastic, and you’ll literally be the poorer if you don’t!

Not quite sure what to do after Ray’s death, the band considered going their separate ways, but the love and dedication of their fans persuaded them to soldier on. They eventually found another musician to be the band’s lead vocalist in Lenny Cerzosie Jr. Besides Lenny, who also plays rhythm guitar, the band lineup consists of Brian Scott (guitar), Kevin Baker (bass), Dan Angermaier (drums), and Jason Sage (percussion, backing vocals). Dan told me that Lenny has worked out very well as the band’s lead singer, bringing his own style to the mix. “Ray was unique. Lenny doesn’t try to be him. I think that’s why he works so well. He makes Ray’s words work for him.”

With their re-invigorated lineup, the band began writing new songs and in 2016, they released an epic single “Ascension“. Wow, this 7:13 minute-long song is a religious experience! Layer upon layer of gorgeous intricate guitars are combined with a strong bassline, exotic percussive synths and pounding drums to form an intense and lush soundscape, evoking the drama and color of an ancient Mayan ritual. Then there’s Lenny’s raw, passionate vocals, soaring to the heavens and adding to the chills already covering my body.

In January 2018, they released “Whispers“, a deeply moving song that was inspired by Lenny’s mother’s struggles of living with ALS (amyotrophic lateral sclerosis, or “Lou Gehrig’s disease”, which my mother-in-law also died from). Once again, the guitar work is stunning, and the bass, drums and synths are perfection, making for a formidable powerhouse track. Lenny’s fervent vocals at first remind me of Michael Stipe’s, but as the track progresses they grow more impassioned as he wails of the pain of watching a loved one gradually slip away: “I thought we had another day. Another day just passed away. Azaleas grow along the way. I thought we’d have another day. I’ll meet you in the other place. Heaven couldn’t stay away, Angels wouldn’t sing that day.”

Their most recent single “hOpe” was also inspired by Lenny’s mother’s battle with ALS. About the song’s title, the band explains “The definition of the word HOPE is ‘to cherish a desire with anticipation’, but the word truly takes on different meanings to each of us as individuals. However different the meaning of the word is to us, it all connects us together with the promise of change and the promise of light after darkness. Even though friends and family may not be with us, they remain as long as they are in our hearts. They speak to us but without words. We created this song as an anthem to those traveling through darkness of illness, grief and any type of difficult time.”

It’s a lovely, bittersweet song with beautiful jangly guitars, anchored by a sturdy humming bassline and pounding drums. Lenny’s passionate vocals have a raw vulnerability as he sings the poignant lyrics:

I remember the sound.
Not the words but the sound of her voice
trembling, trembling
I remember the things she said to me
All this life is lost into the night, too soon

Tonight…
I remember her eyes, so sweet so sweet
Lovingly, so lovely
Don’t let me fall, don’t let her fade

The beautiful animated video shows scenes of a young boy moving through a colorful dream-like landscape with what appears to be his grandmother and, in one scene, his grandfather.

They released a beautifully moving alternative video for “hOpe” that was shot in Mexico as a symbolic tribute to Lenny’s mother. It shows us the faces of #hOpe, of survivors who didn’t give up hope to keep living.

And so, dear readers, my hope is that you’ll give these songs a listen, and end up loving The Mayan Factor as much as I do. Not only do they make incredible music, but their resiliency and strong sense of humanity are admirable. They’re true survivors, and I hope they’ll continue making more great music for years to come.