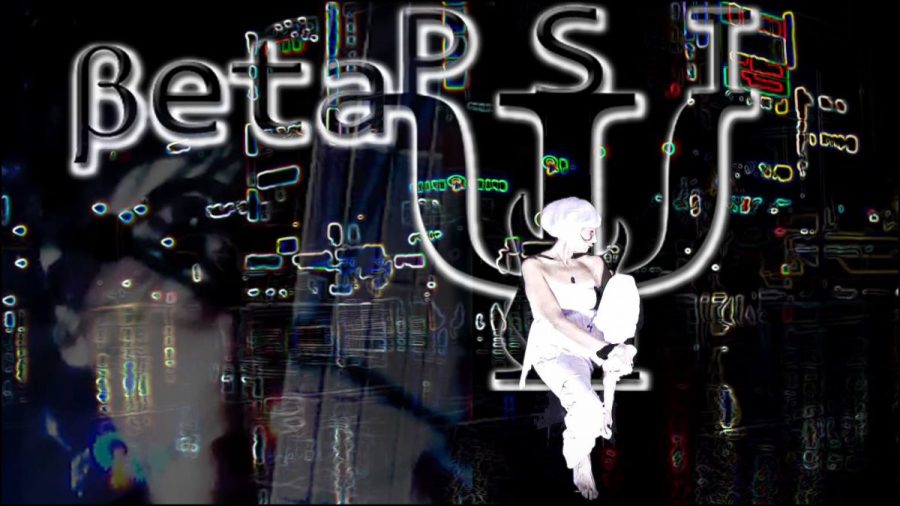 BetaPSI is the music project of Italian singer/songwriter/producer Barbara Benedetti. Based in Trieste, BetaPSI (also symbolized by the characters βψ) is a fascinating woman and artist who creates innovative alternative electronic rock music that’s thoroughly unique and unlike anything I’ve heard from any other musician. She provides a wonderful description of herself and her music in her bio that I can’t improve upon, so will just quote her words:

“I am β. an Italian songwriter. I grew up listening to all music genres, I love music itself. Suddenly, around March 2016, all the music I’ve listened to throughout my life, started pushing to get out… so here I am. I still don’t know how it works but my half neuron (I called it ‘Half’) started spiking music and lyrics. So I took my electric guitar and my bass, I bought a micro (micro, very micro) synth, and started torturing them. Then I learnt how Ableton works… it is a long story… the point is I’m a nut and weird so I started making songs. Due to the “features” above mentioned, all BetaPSI songs in some way are different from one another. They are all original songs, written, played with my beloved instruments, performed, recorded and mixed by BetaPSI aka me.”

She’s also a gracious and generous artist who actively supports other artists, and is always open to working with them to combine their creative talents and produce fresh and exciting music. In her short time making music, she’s already collaborated with several musicians from around the world, including GJART (Spain), thommo (UK) and Vizualye (USA). She has also produced an astonishing output of music in her own right. One of her latest singles is “Psychosomatic“, a darkly thrilling EDM track about mental illness that she released on January 4th.

The song blasts open with an onslaught of grinding industrial synths, then a hypnotic driving beat hooks us in as BetaPSI’s eerie, seductive vocals enter the mix like a siren’s call, pulling us willingly into a swirling vortex of ominous sounds from which we’re powerless to escape. As the track progresses, she adds layers pf pulsating spacey and psychedelic synths and her own spooky echoed backing vocals, further amplifying the already menacing, otherworldly vibe. The result is an impressive EDM track that skillfully conveys the sense of a mind tortured by dark thoughts: “Call the doctor, take a pill. There’s no cure, the mind is ill.”

Have a listen to this brilliant song as you watch the great video she made to go with it: