CarbonWorks is not your typical band. It’s more a collective of talented session musicians, headed by its creator and guitarist Neal Barnard – who also happens to be a world-renowned medical doctor. Based in Washington, D.C., the band’s music is a unique fusion of rock, contemporary classical, jazz, blues and avant-garde, giving their sound an uncommon breadth and depth. With delicate melodies over driving rhythms, blues overlying classical strings, and frequent use of non-English lyrics, their songs defy categorization. As Neal Barnard explains, their unconventional time meters “tilt the song ever so slightly and give you that little jolt between the ears.” 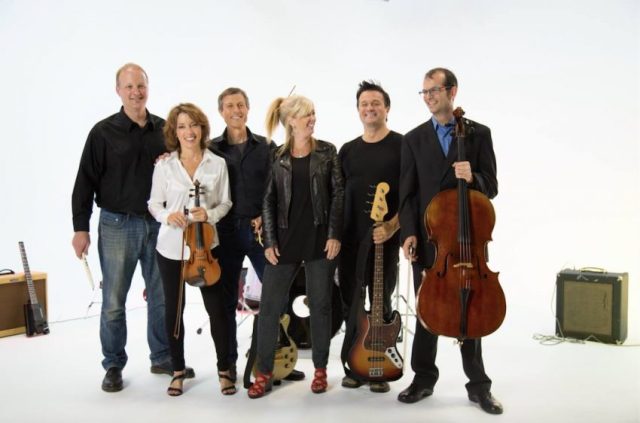 The band released their extraordinary debut self-titled album CarbonWorks in December 2016 to rave reviews, and have been periodically releasing a new video for one of the album tracks.  In May 2017, I premiered the video for their gorgeous track “Monaco,” and am now delighted to premier their new videos for “End of the World Suite Part 3: The End” as well as “End of the World Suite Part 4: Winged Victory.” As indicated by their titles, the beautiful tracks are the completion of an ambitious four-part suite.

“Part 1: The Beginning of the End” is a mix of contemporary classical and rock, while “Part 2: Love and Illusion” combines classical, folk and jazz elements. For “Part 3: The End,” progressive jazz is the predominant element. The generous use of strings, including violin, cello and bass, combined with the gorgeous jazzy saxophone, guitar and drums, result in a truly stunning track. Barnard describes the track thusly: “Part 3 (“The End”) launches with cool bebop bass played by Jeff Reed. Russell jumps in on sax, with Mike on drums and me on guitar. Then the strings come in bringing a baroque element that somehow works with the driving jazz.” Although it’s six minutes long, it’s so wonderful that it seems over far too soon.

The suite ends with “Part 4: Winged Victory,” a brief but lovely track with a complex mix of classical and rock overtones, and features the dan tranh, a traditional Vietnamese instrument that’s similar to a Japanese koto. It also features sublime vocals sung in Latin by Italian singer Naif Herin, who ends with the words ” Beati pauperes spiritu, Beati pacifici,” which translated means “Blessed are the poor in spirit, blessed are the peacemakers.”

Both videos show the band performing the songs, which I always enjoy seeing.

One thought on “CARBONWORKS – Video Premier: “End of the World Suite Part 3: The End””