British singer-songwriter and multi-instumentalist Paul Iwan has been playing in bands since he was 14 years old. He’s toured the UK with various bands over the years, and played international festivals in Germany, France and the U.S. In 2008 he was mentored and championed by Ray Davies (of The Kinks) and continues to collaborate with other artists and friends across the UK.  After years of writing songs and perfecting his craft, he has finally created and self-produced his first album, and it’s a thing of beauty and a real tour-de-force!

Set to be released in September 2016, Reveal is – in Paul’s words – “a collection of songs exploring themes of truth, honesty, regret and rebirth. Evoking early Simple Minds, it channels the avant-garde artistry of Melt era Peter Gabriel via the soaring melodies of Vince Clarke to create a deeply personal yet uplifting body of work.” 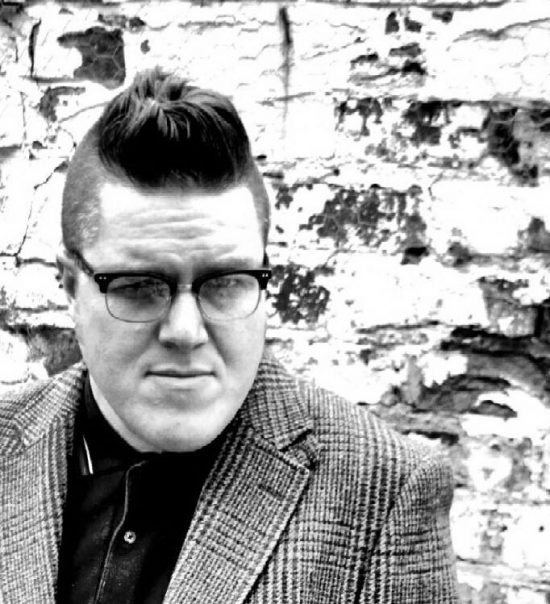 Paul’s highly melodic music is primarily synthesized, with lush orchestration featuring multiple instruments.  The opening track, “I Come Alive” is an exuberant celebration set to gorgeous sweeping orchestration, throbbing bass and nimble guitar riffs. Paul’s high-pitched vocals soar along with the arrangement. The second track – and the first album cut to be released as a single – is the beguiling electro-pop gem “Dream Stealing.”  Once again, we’re treated to lush big synth orchestration and dazzling guitar riffs. Take a listen:

Another great track is the lovely but bittersweet “Red and Gold.”  Set to a rather catchy, funk-infused beat, the song addresses the pain of a lost love. “I turn my face towards the sun, and it’s red and gold. And I slowly walk towards the shore, as the sea inhales. Yet there’s one thing I know, you will always be here. When I’m alone and crippled with fear, reaching out to nothing, thinking you’re hear with me.”

“My Heart Bursts Into Flames” and “Poles Apart,” are two of the more radio-friendly pop/rock-oriented tracks on the album, with gnashing guitars and assertive drums.  Paul turns things down a notch with “My Scars,” where his dramatic piano takes center stage. “The Sun In January” is a lovely, upbeat ballad about love and commitment, with some pretty neat jangly guitar. Paul dials it back up with the joyously uptempo “Midnight Angel,” where his vocals soar once again to great heights.  “How Far the Apple Falls,” is another fine song about regret over a failed relationship.

One of my favorites is the alt-rock instrumental “Something Came In With This Storm,” which has a bit of a Pink Floyd vibe, with a formidable, extended guitar riff.  The album closes with the beautiful, hopeful “Reborn,” which features great rock guitar riffs toward the end.  It’s quite evident that Paul poured his heart and soul into this extraordinary debut album.

Support Paul by following him on Twitter and Facebook, and stream his music on Soundcloud. Reveal may be pre-ordered on Bandcamp and, after September 16, purchased on itunes or Amazon.